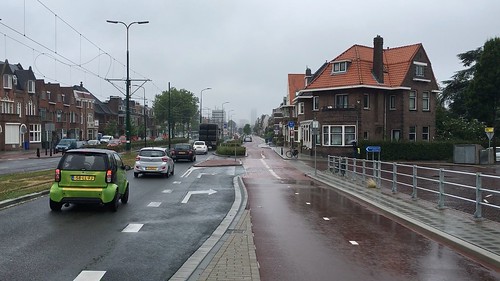 Dutch design principles say that fast- and slow-moving traffic should not be mixed. This limits the possibility of high-energy crashes between vehicles. Therefore, local traffic and through traffic are incompatible functions, and destinations such as residences and businesses should not be constructed on roads intended as through routes. However, these principles have not always existed, and there are some older through routes in The Netherlands that do not obey this rule. How can this problem be solved?

The Dutch have developed a solution: service roads. Service roads run directly alongside through routes and provide access to local destinations. They provide a safe space for slow-moving local traffic and parking. Their slow vehicle speeds mean they also double as safe bicycle routes. This means that in addition to their safety advantages, service roads save space because they make an independent cycle track unnecessary.

To ensure that service roads are used only for their intended purpose, various treatments are applied to keep local traffic moving slowly and through traffic out. Traffic calming devices are used to keep traffic moving at 20 miles per hour or slower, and traffic rerouting is used to make the service roads inconvenient or useless as through routes.

The Haagweg is a major through route connecting the city of The Hague to its southern metropolitan area including Rijswijk and Delft. To enter the service road, vehicles need to make a sharp angle turn, which slows them down immediately. Within the service road, they need to navigate a chicane and a raised crossing, deflecting their movement and further deterring excessive speeds. The road then has a raised intersection with Princesselan, another local street. On this service road, the traffic rerouting technique is simply the short overall length of the road segment. Only one fourth of a mile after it begins, the service road ends, and vehicles need to make a time-consuming merge back onto the Haagweg through road. Because of this and the traffic calming devices along the road’s length, the service road is slower and less convenient for through traffic compared to staying on the main through road. This means the service road stays safe and only services local traffic. 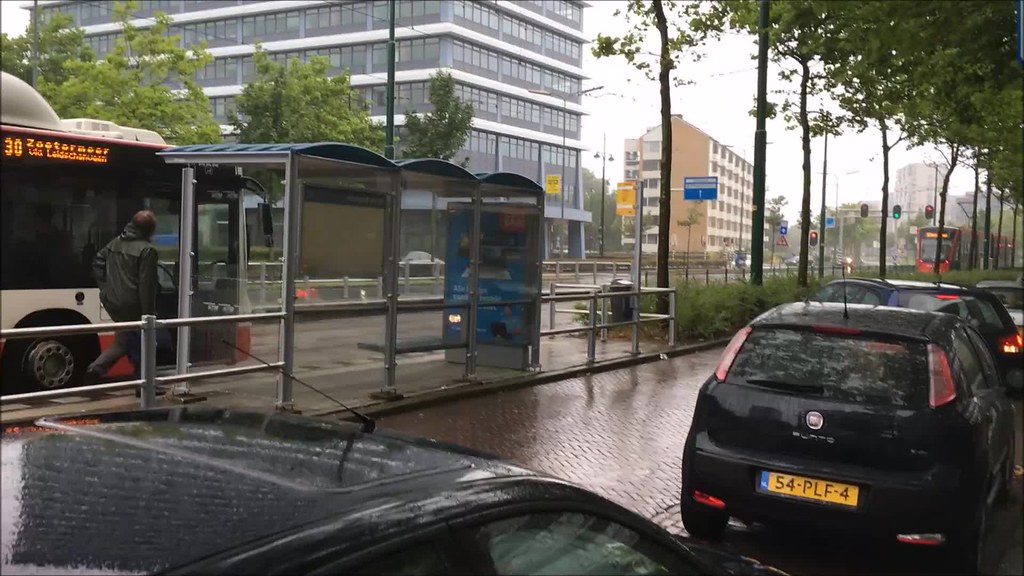