Cycle tracks provide a pathway for bike users that is separate from the motor vehicle lanes of a road. The main objective of cycle tracks is to provide safer and more comfortable travel routes for bike users on roads with heavy car volumes or high driving speeds. 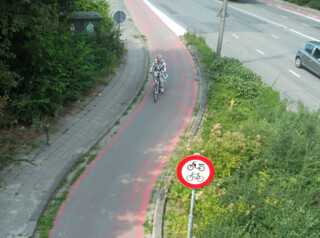 The streets that we observed, Delfgauwseweg and Rembrandtkade, at one point had bike lanes along the roadways instead of cycle tracks. Delfgauwseweg used to be a main road leading toward the city center of Delft, but the heavy car useage made the conditions dangerous for bike riders traveling to and from the center. As a result, the city installed two way cycle tracks horizontally separated from the roadway. These tracks continue on Delfgauwseweg towards the center, whereas the roadway turns onto the adjoining street of Oostpoortweg. In this way, the bicycle network through Delft is enhanced, whereas car accessibility is limited in appropriate areas.

Similarly, the neighborhood street of Rembrandtkade used to be a single lane road with a bike lane and on street parking on both sides. However, within the last few years, it was redesigned to include a cycle track instead of a bike lane. Prior to these improvements, the road was quite narrow and the bike lane had only a small width next to the traffic lane. This revision improved the bike safety for this road, without limiting the access to car drivers or residents. For both these roads, the treatment of adding cycle tracks achieves the objective of providing safer and easier facilities for bike users on potentially dangerous streets.

Cycle tracks are promote several of the five sustainable safety principles, most importantly homogeneity. This is achieved by keeping the different types of road separated, so that those only those traveling at the same speeds are mixed together. Keeping cars in travel lanes, bikes on cycle paths, and pedestrians on sidewalks fully achieves this principle of homogeneity.

Additionally, cycle tracks achieve forgiveness in the surrounding environment, which benefits those on bicycles greatly. With a narrow bike lane next to a roadway, a mistake or miscue by either a driver or rider could result in a dangerous crash. Yet with a cycle track separated from the roadway, the likelihood of a mistake resulting in a bad situation is greatly reduced. 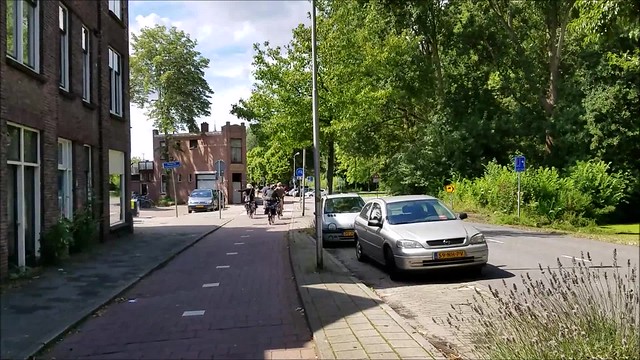