a)    Low speed tables are a speed-calming feature characterized by a slight bump with white stripes on either side. They are usually found in close proximity to an intersection, just before the traffic light. This treatment seeks to slow motor vehicle speeds to 50 km/h (or 30 mph) at points where car travel paths can cross at right angles. These situations are particularly dangerous and present a high-risk of a serious injury if a collision were to occur. Low speed tables are used here to lower the speed of drivers without forcing them to go so slowly as to cause unnecessary congestion. 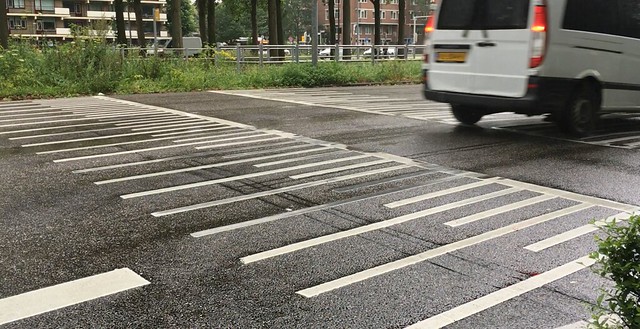 b) This treatment aligns with a few systematic safety concepts. This low speed table is at a point where a distribution road (Prinses Beatrixlaan) intersects a collector road (Admiral Helfrichsingel). There is virtually no homogeneity in speed or direction between cars traveling north-south and cars traveling east-west at this intersection, so we need to make sure that vehicle speeds are reasonably low here. In accordance with the “forgiveness” systematic safety principle, we want to make sure that the conditions at the intersection are safe enough that, if a driver were to make a mistake, they wouldn’t pay for it with a serious injury or their life.

d) The treatment is appropriate at this site and increases the safety of the intersection for motorists. Speed calming is definitely necessary at a point where vehicle paths meet at a 90-degree angle, but many other types of speed calming (such as chicanes, speed tables, etc) would require drivers to slow down to a speed that would be unnecessarily slow on a distribution road like Prinses Beatrixlaan. A low speed table slows down drivers enough to promote safety but not enough to cause a traffic jam.

e)    The low speed table treatment is effective for this site. We observed drivers on Princes Beatrixlaan slowing down slightly as they approached the intersection with Admiral Helfrichsingel. But, they didn’t slow down so much as to cause traffic build up. 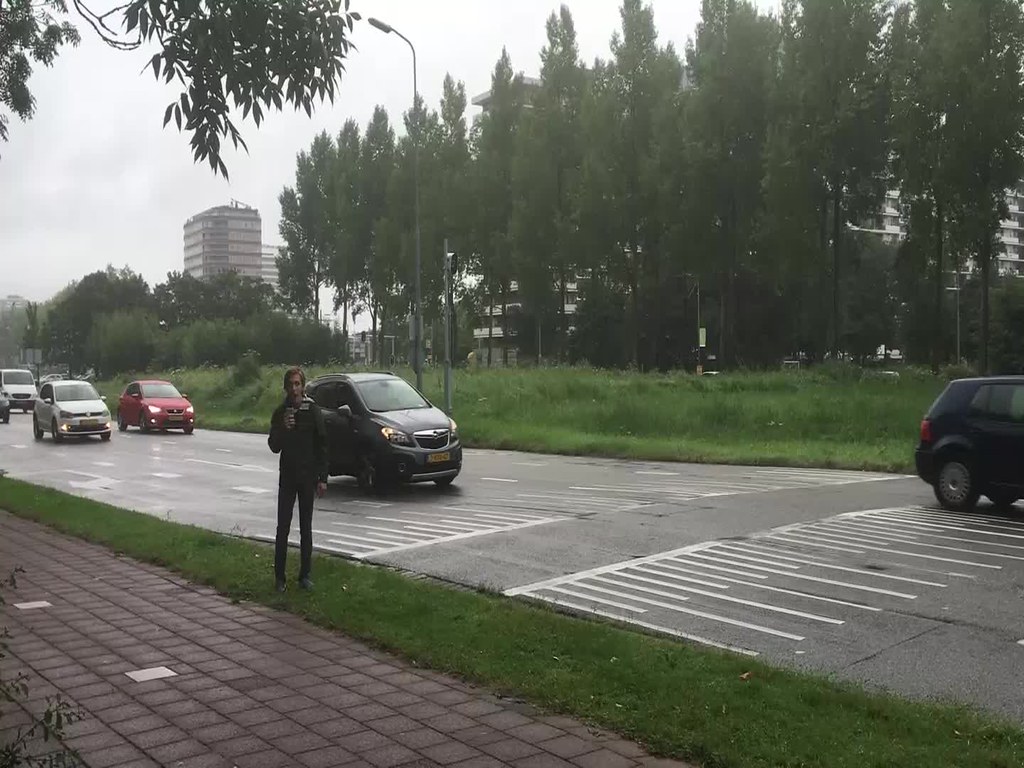