Other measures to discourage and slow down through traffic are narrow travel lanes, parked cars, speed bumps, changes of travel direction, and blockades that only bicycles can bypass.

Some examples of bicycle boulevards in the Delft area are the Abtswoude Path, Buitenwatersloot, and Oostsingel. 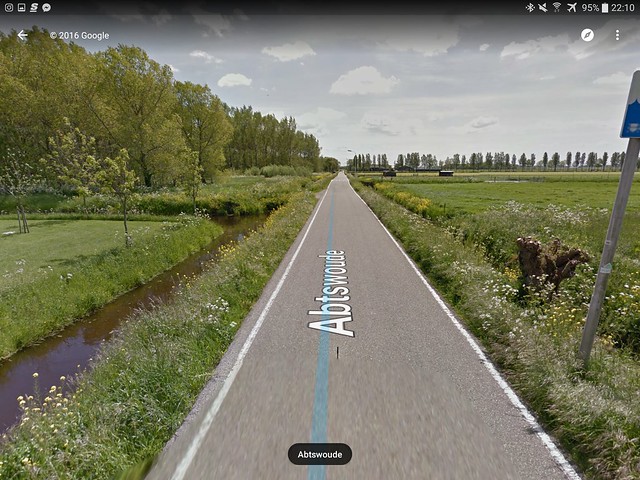 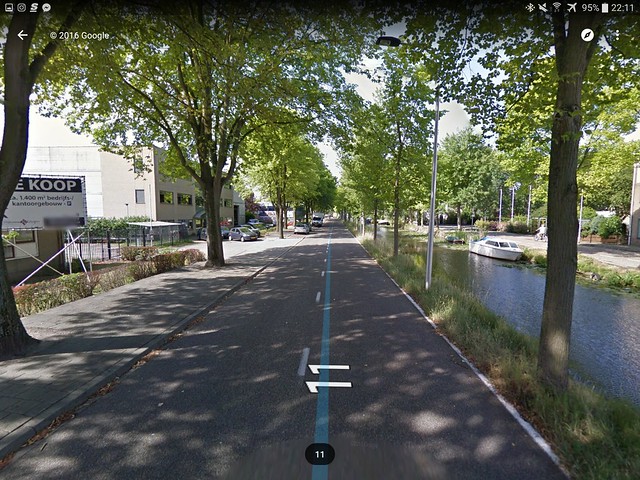 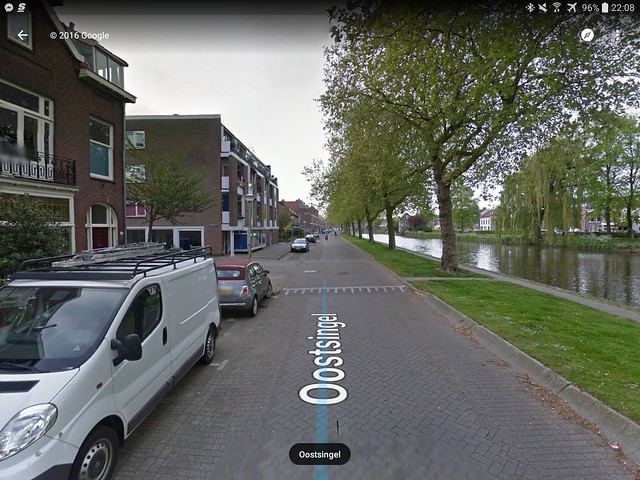 US Implementation of a Bike Boulevard

We chose the Shawmut Avenue corridor in Boston as a potential candidate for a bike boulevard. It runs as a mostly one way street from the busy Dudley Square area in Roxbury to downtown Boston. While Shawmut Avenue is a parallel to arterials like Tremont Street and Washington Street for most of its length, the street is mostly residential and is rather quiet. Given its proximity to parallel arterials and its residential zoning, Shawmut Avenue already fits some common characteristics to bike boulevards in places like Portland, Oregon and the Netherlands. However, there would need to be some improvements made to Shawmut Avenue in order to make it a better bike boulevard. We recommend the following improvements:

If all these improvements were made, Shawmut Avenue would be a great candidate for becoming a bike boulevard connection from Dudley Square to downtown Boston. 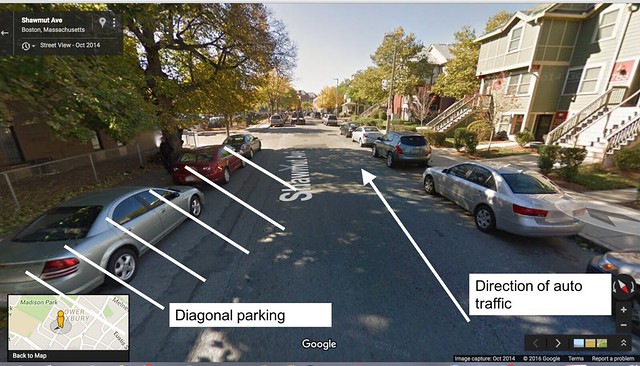 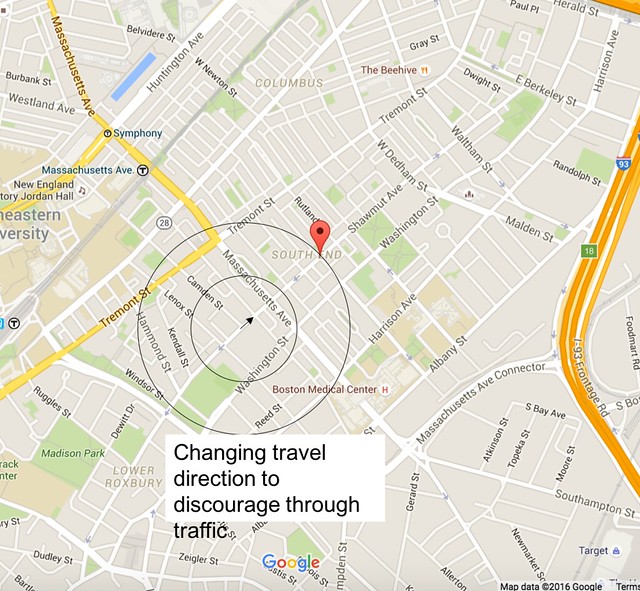