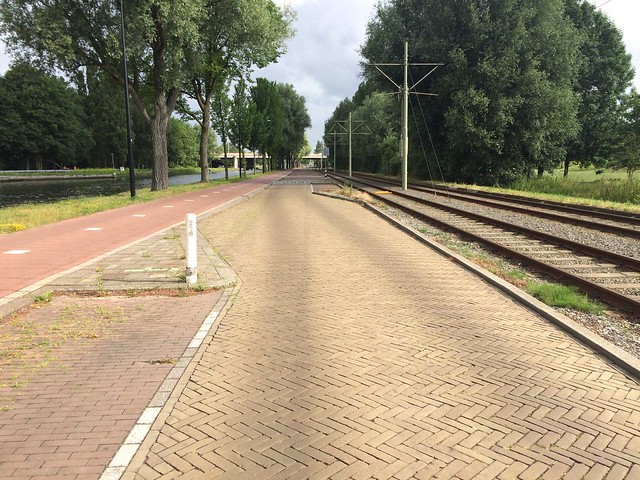 The overall objective of the bayonet is to reduce driving speed and volume in an effort to make a road less attractive to car drivers. The design forces drivers to slow down drastically due to the narrowing of the roadway, raised speed table and the chicane. Likewise, by transitioning from a two way road to one single lane at the bayonet, the road is limited in the volume of traffic that it can handle. This single lane forces one driver to wait and yield as another passes, requiring both drivers to be more aware of oncoming traffic. Spacing these features out along a roadway is highly effective in reducing driving speed, and providing a disincentive for drivers to use such a road.

The objective of the bayonet, to reduce speed and traffic volume, is tied to the systematic safety principles outlined by the SWOV. The principles of Sustainable Safety seek to protect physically vulnerable humans while also preventing potentially unsafe actions. One of these principles is homogeneity, which entails keeping low driving speeds in areas used by vulnerable travelers, such as pedestrians and cyclists. This is directly achieved by the bayonet, which severely reduces driving speed on a road with heavy use by cyclists and several bike crossing points.

In terms of the prevention of unsafe actions, predictability is important in order to ensure drivers are familiar enough with the roadway to know how to react appropriately. The straightforward signs on either end give notice to drivers exactly who has priority and who must yield. The ability to see any oncoming cars also adds to the predictability of the traffic calming device. In this way, the bayonet is predictable yet still requires drivers to slow down. Social forgiveness is achieved within the bayonet by allowing space on either side of the bayonet for drivers to pull to the side, just in case two drivers enter the bayonet at the same time. These safety principles are well incorporated into the design of the bayonet, and help the traffic calming device to successfully achieve its goal of safely reducing speed and traffic volume.

The bayonet that we looked at is on Delftweg, parallel to a canal along the eastern edge of Rijswijk. There are multiple variations of these traffic calming devices along the road since it is quite long and straight. The road likely used to be a main connection from Rijswijk to Delft, but due to newer infrastructure, such as highway A13, it has since been demoted and carries less traffic. Now the road can be classified as distributor, with only a few destinations along the way. The street does not have many connections to side streets which makes it harder to get to and less desirable for cars. Additionally, the tram stops located along Delftweg do not have much space for parking and thus are not ideal for reaching by car either.

Since the road is not busy and quite straight it would be easy for cars to go flying through. That is why the bayonet is so important here. The speed tables and chicanes cause drivers to control their speed, while the narrow single lane requires drivers to pay more attention to oncoming traffic. It was observed that while some drivers only reduced their speed while approaching the bayonet, most appeared to drive slowly along the entirety of Delftweg. Additionally, the limited number of cars served as evidence that the series of bayonets acts as a volume control on this road. These observations show the overall effectiveness of the bayonet as a traffic calming road feature.

It was also witnessed that over a twenty minute period, no two cars traveling in opposite directions met in the bayonet directly. This was most likely due to the low volume of traffic on this road. Also noted was the high number of bicycles on the cycle track along the bayonet compared with the number of cars driving through the feature. The road of Delftweg appeared to be more popular among cyclists than drivers, given the nice canal views and very low car usage. 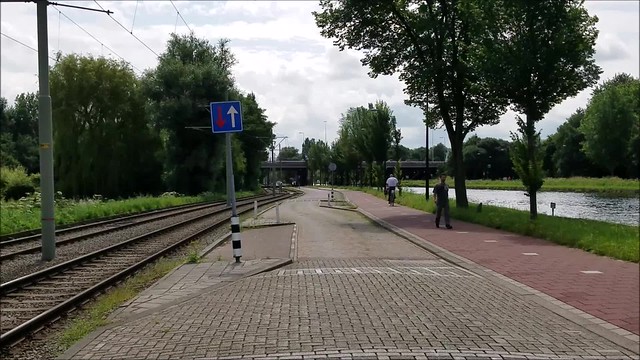