The Boulevard Scheveningen was recently redesigned to strengthen the Dutch sea defenses since it was previously a weak spot. Characteristics of the redesign include decreasing car traffic by only allowing one-way car traffic, and reducing the amount of parking spots to create more space for bikes and pedestrians. This boulevard along the beach is now a very scenic and relaxing route for bicyclists. The problem with this route is that the boulevard ends at a roundabout at Vissersavenweg, making it difficult for cyclists to continue directly towards the recreational bike routes at the Westduinpark area. Our team had to find a way to connect a bike route from the boulevard to the park without interrupting access to the port by boats. 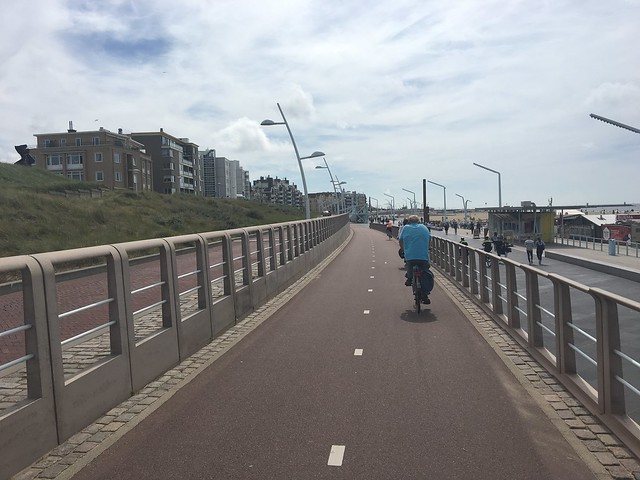 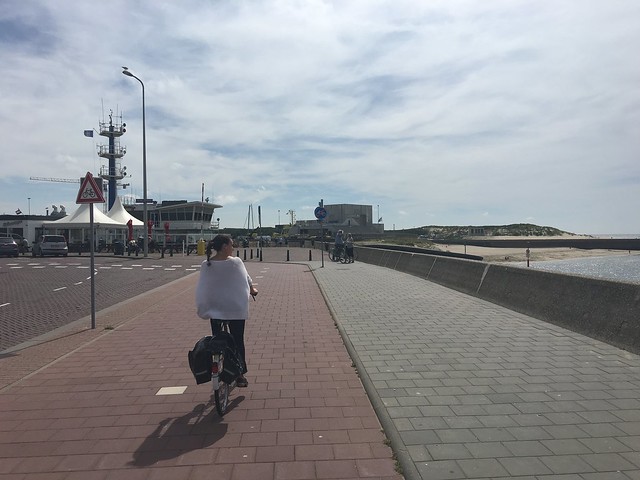 Current end to boulevard path on northeast side of harbor. 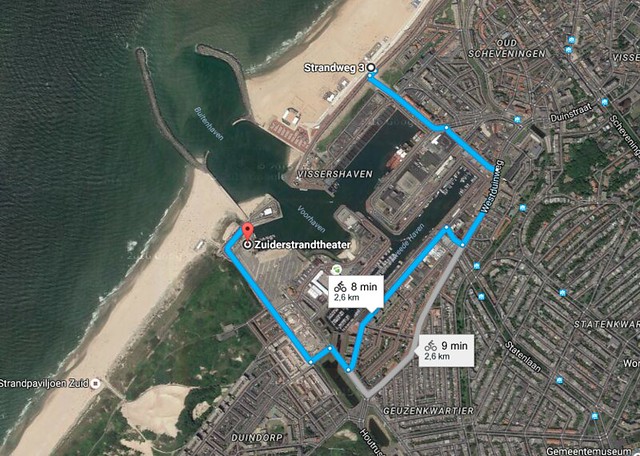 According to Google Maps, a 2.5 kilometer detour is required. 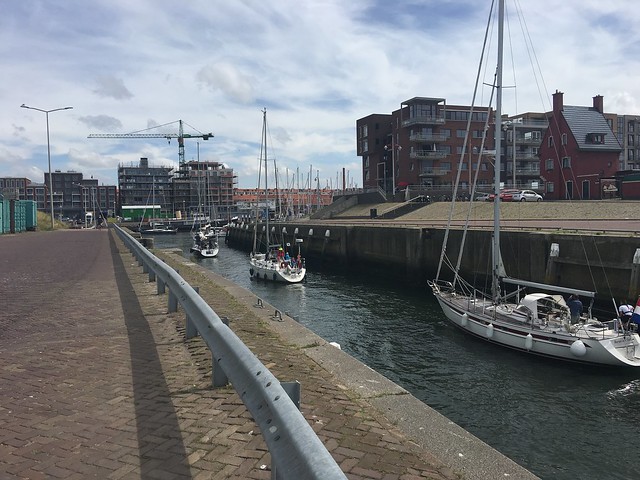 Current boat traffic through the harbor entrance on a weekday afternoon.

Currently the boulevard ends in a roundabout, so in order to connect the boulevard to the south and a trail to Westduinpark, we are building a bridge across the harbor. We propose a 55′ swinging bridge so that it only has to open for the much larger ships, minimizing traffic interference. Having the pivot point in the center won’t work because the larger ships need to travel down the center where it is deeper. Because of this, there will be two pivot points near each end of the bridge and it will break in the center. To have the bridge get to 55′, we are going to increase the slope of the ground over a distance, approximately .2 miles on both sides of the bridge, starting at “Point A” and ending at “Point B”. By increasing the slope gradually over a long distance, the bicyclist will hardly notice.

On the south side, the proposed bike/pedestrian path will run along the outside of the parking lot area where it will then connect to Wieringsestraat which leads straight to the park entrance.

Currently, the harbor opening at this point is 440 feet. At the channel opening approximately 900 feet south, the width is only 240 feet. Understanding that all ships must be within this width, the main top span of the bridge will be approximately the same width as the opening just south of it. Starting at point A and B, the distance to the respective top span would be 1150 feet from each direction, leaving a 240 foot flat center span. The current path is raised approximately 20 feet above sea level, which means that in order to raise the additional 35 feet to clear sail boats and most other boats, the slope of the ramp would be approximately 1.75°. 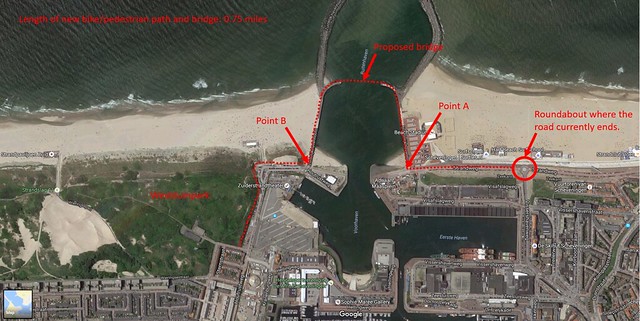 Proposed solution for a bicycle and pedestrian bridge 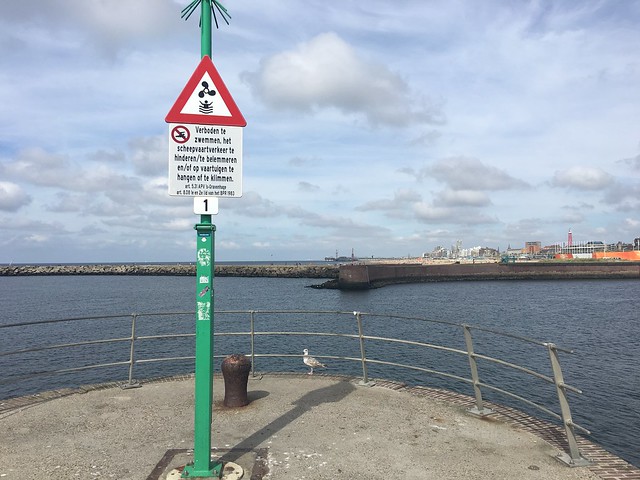 Sketch of proposed bridge (not drawn to scale)