By Amanda Carro and Kara O’Neal

Forgiveness of the environment and of road users is a key principle to Sustainable Safety. This means that if a user was to make an error, it wouldn’t result in serious injury or death, just minor injury. Soft-appearing hard shoulders are an important speed controlling device in Sustainable Safety, however, if a road user were to still speed and drift off the road slightly, they wouldn’t flip over when the wheels hit the soft ground.

These shoulders look like soft grass but actually have concrete underneath. This shoulder type runs along the N470 highway that connects Delft to Pijnacker. This highway is a 1+1 roadway, meaning it has one travel lane in each direction, and has a grass median dividing the lanes. This treatment is appropriate for this location because it doesn’t completely restrict the driver. If the travel lane had soft shoulders and the driver rounded a corner too fast, he could easily find himself in a bad situation. With the soft-appearing hard shoulders, the driver can accidentally skid off the road without his life being as in danger.

Speeding typically occurs on wide roadways, roads with more than one lane in the same direction, and roads that have hard shoulders. This is because people have a tendency to speed when they can pass other cars or see that they have a wide spread of pavement in front of them. By having soft-appearing hard shoulders, the travel lanes appear narrower, forcing drivers to slow down because it looks like they have less room to make a mistake. However, it is important that these shoulders are actually “hard” so that in emergencies, cars can safely pull over to the side of the road without sinking into the mud. 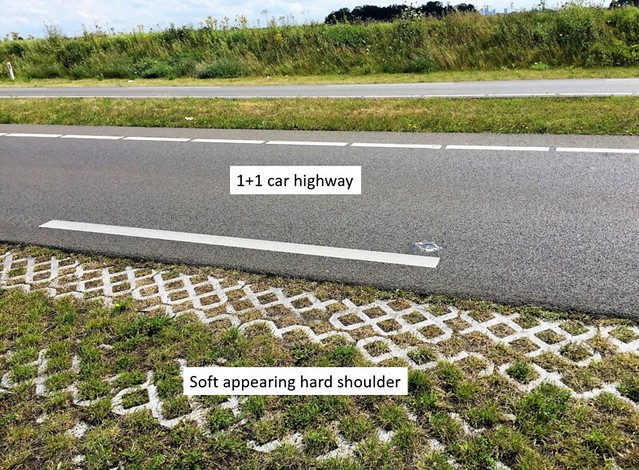 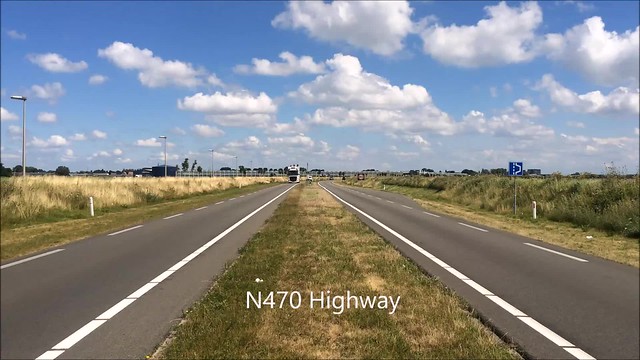