Reflecting the central role of community service and civic engagement in the life of Northeastern generally and the University Scholars in particular, the Scholars End-of-Year Celebration featured poster and video presentations from the teams which completed Scholars Service Research Projects and Alternative Spring Breaks in 2014-15.

Scholars Service Research Projects offer Scholars the opportunity to work in interdisciplinary teams on self-directed, yearlong research projects that are carried out in close collaboration with a community partner. In 2014-15, Scholars completed ten Service Research Projects. In addition, the Scholars Program sponsored two Alternative Spring Breaks, one to a fair-trade coffee growing community in Costa Rica and the other to Selma, Alabama, for the fiftieth anniversary of the landmark civil rights events there.

Learn more about our Service Research Projects and Alternative Spring Breaks from the posters and videos below.

Scholars travled to San Marcos to learn about fair trade coffee and to build a play space for local preschool students. 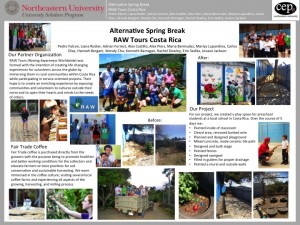 Scholars traveled to Selma to perform service and commemorate the 50th anniversary of the momentous events of the Civil Rights era. 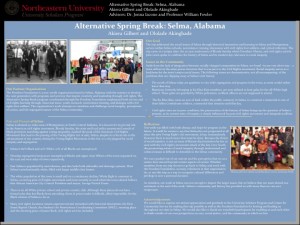 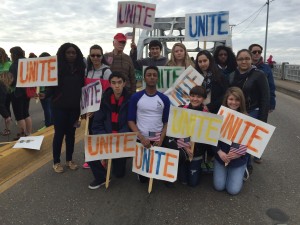 Click here to view more pictures from this trip.

Scholars continued a project from the 2013-14 school year to analyze data and make recommendations for effective family engagement in public schools. 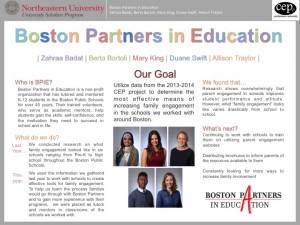 Scholars revised and then taught an after school science enrichment curriculum, "Life is a Lab." 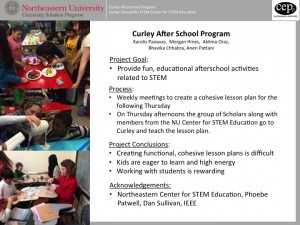 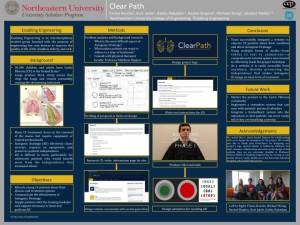 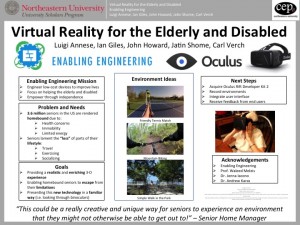 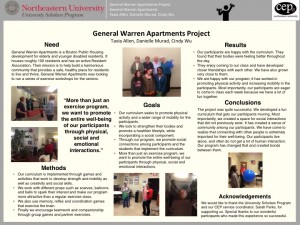 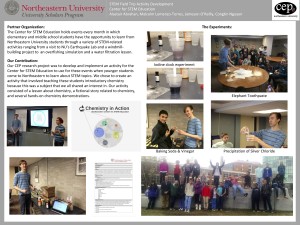 Scholars continued an ongoing project to increase the availability of accessible playgrounds in Boston neighborhoods. 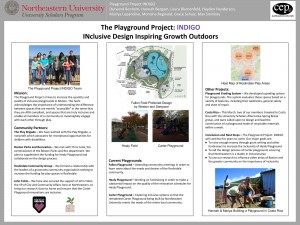 Scholars helped streamline the judging process for the Boston Public Schools Science Fair, then traveled to serve as judges at the International Science and Engineering Fair. 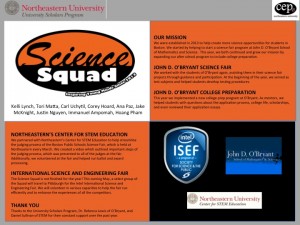 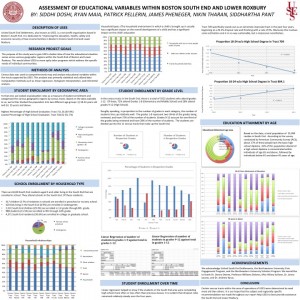