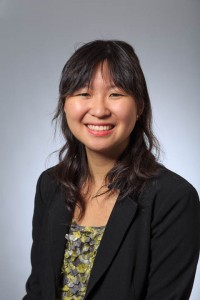 A political science major from New York City, Wendy Chu '16aspires to make government more efficient, nimble, and responsive to the needs of its citizens. At Northeastern, Wendy has turned her talents to applied research, joining a team that analyzed economic, social, census, and incarceration data to map the operations and impacts of Boston’s criminal justice system. She has also received the Karen T. Rigg Shining Torch Scholarship in recognition of her accomplishments as a student leader. On co-op at the White House Initiative on Asian Americans and Pacific Islanders, Wendy worked to ensure that government assistance and programs actually reach those they are intended to help. She hopes to study law and public policy and work within the federal regulatory structure to facilitate easier and more beneficial interactions between citizens and their government. She was endorsed by Northeastern for the Harry S. Truman Scholarship.