Below is a comprehensive list of upcoming Scholars cultural programs. Event registration information can be found on each of the individual event pages and in your weekly Husky Howl newsletter.

Notes from the Field: Doing Time in Education

As part of Boston & Beyond, please join the Scholars Program for dinner and an excursion to see Anna Deveare Smith's Notes from the Field: Doing Time in Education, a timely rumination on "the civil rights crisis currently erupting at the intersection between America’s education system and its mass incarceration epidemic" at the American Repertory Theater. Leading the performance will be Anna Deveare Smith, a MacArthur "genius" and one of the United States pre-eminent theater artists (you might recognize her from "The West Wing," or from performances of "Twilight: Los Angeles, 1992," about the aftermath of the Rodney King verdict in Los Angeles).

According to the ART website, "In act one, Anna Deavere Smith introduces the students, parents, teachers, and administrators caught in America’s school-to-prison “pipeline” through her trademark portrait performances...In the tradition of call and response, a second act before a final coda performance invites audiences to reflect on how we might begin to collectively move forward from difficult histories and devastating social policies." 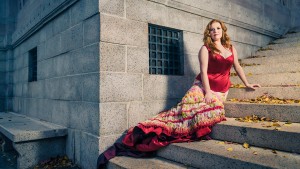 Join the Scholars Program for an excursion to see Boston Lyric Opera's performance of Carmen. This production of Carmen, a partnership between the BLO and San Francisco Opera, will mark the BLO's return to the Opera House. Additionally, this production of Carmen comes as a new version of Spanish director Calixto Bieito's famously provocative production. Described as "rough-edged" and "startlingly insightful," Carmen paved the way for "verismo opera" and has impacted realism opera ever since.

BLO’s 40th Anniversary Season launches with the bicoastal American premiere of Calixto Bieito’s Carmen in a co-production with San Francisco Opera – marking the director’s long-awaited U.S. opera debut. Set in the arid earthiness of 1970’s post-Franco Spanish North Africa, this raw and cinematic vision is a powerful account of the defiantly free-spirited woman and her obsessive lover, set to Bizet’s intoxicating score.

Considered Strauss' grandest opera, Der Rosenkavalier is set at the end of the Hapsburg Empire and has a subtext of class conflict. The concert features soprano Renee Fleming, a National Medal of the Arts winner.

From the BSO: Continuing their series of Richard Strauss operas in concert, which has so far brought star-studded performances of Salome in March 2014 and Elektra in October 2015, Andris Nelsons and the BSO open their 2016-17 subscription season with the composer's far more genteel, elegant, and touching  Der  Rosenkavalier, the second (following  Elektra) in Strauss's own series of remarkable collaborations with playwright Hugo von Hofmannsthal. A dream cast headlined by Renée Fleming's Marschallin, Susan Graham's Octavian, Erin Morley's Sophie, and Franz Hawlata's Baron Ochs anchors the BSO's performances of this subtle, often funny, and beautiful opera, one of the composer's finest. 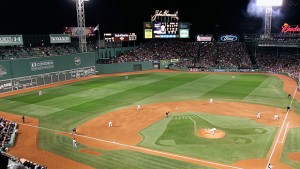 Come to historic Fenway Park with the Scholars Program to see one of the last games of the regular season.

Join the Scholars Program for an excursion to see the American Repertory Theater's We're Gonna Die. This one woman show utilizes storytelling and cabaret style to explore life's pain and moments of solace. From the ART:

After a sold-out run in April 2016, Company One Theatre’s production is back, blending storytelling, stand-up, music, and theater into a song cycle that lets us know we may be miserable anticipating our demise, but at least we won’t be alone.

With stories and pop songs, We're Gonna Die will break your heart and put it back together again.

This tour will include a history of the Ether Dome and the first successful public demonstration of surgical anesthesia as well as an interactive demonstration of a medical simulation mannequin in the Learning Lab at MGH. 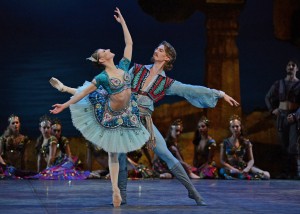 This classical ballet is steeped in swashbuckling adventure and passionate romance. A dashing pirate battles to rescue his beloved from the Pasha's harem with danger looming at every turn - in opulent palaces, secret caves, and on the turbulent sea.

Lunch and A Letter to my Nephew 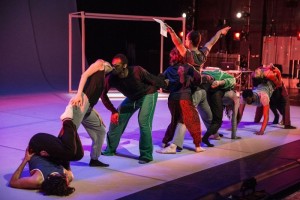 Join the Scholars Program for the US premiere of Bill T, Jones' A Letter to my Nephew at the Institute of Contemporary Art. The production, MacArthur "Genius" and National Medal of the Arts winner Bill T. Jones brings together the political and the personal in a story inspired by his own nephew, a "young black man, model, dancer, sex worker, crack addict."

A Letter to my Nephew is a street scene or a still from the evening news that superimposes violent street battles in the U.S. and desperate immigrants rushing towards freedom in Europe over the image of a hospital bed untethered from reality.

Join the Scholars Program for an excursion to see Boston Lyric Opera's performance of Greek. From the BLO website:

BLO’s annual Opera Annex production transports audiences to London’s East End during the tumultuous 1980s. Hailed as a cult classic, Greek is a political and indelible retelling of Sophocles’ tragedy, Oedipus the King. Eddy explores London, murder, and sex before discovering the family ties that seal his fate. With music influences that range from jazz to daring percussion to sounds of the streets, Greek is a defiant, profane detonation of a story millennia old.

Dinner and The Nutcracker

Let Mikko Nissinen's The Nutcracker capture your imagination and transport you to a magical world of brave toy soldiers and dancing candy canes. Follow Clara as she embarks on her journey filled with colorful characters, breathtaking costumes, and majestic scenery. From the captivating dance of the Sugar Plum Fairy to the iconic snow scene, this enchanting holiday classic - set to the beloved music of Tchaikovsky - continues to enthrall audiences of all ages. Whether you're seeing it for the first time or it's an annual treat, kick off your holiday season in grand style making memories to cherish with the ones you love.

Join the Scholars Program for an excursion to see the American Repertory Theater's Fingersmith. Based on the 2002 novel by Sarah Waters, Fingersmith follows the life of a pickpocket in Victorian England as she experiences love and betrayal and her awakening sexuality. Described as a love story and a thriller, Fingersmith engages audiences right to the end.