Aneri Pattani, CAMD, Class of 2018 writes from her Dialogue of Civilizations to Istanbul and Berlin.

I was walking in downtown Berlin the other day, being a typical tourist near Alexanderplatz. I had my camera in hand and my head turned upwards, looking at the tourist attractions and various restaurants in the area. But when I happened to glance down for a second, I stumbled upon a piece of history embedded into the cobblestones of the city. I came across a stolpersteine, or stumbling stone. These stones are small, brass squares the display information about the targets of the Holocaust. They are placed outside the places where these people lived, worked, or studied. They include the person’s name, date of birth, and where they were sent by the Nazi regime. The stones can be found throughout the city and all of Europe. There are over 27,000 stumbling stones, and more are being added each day. 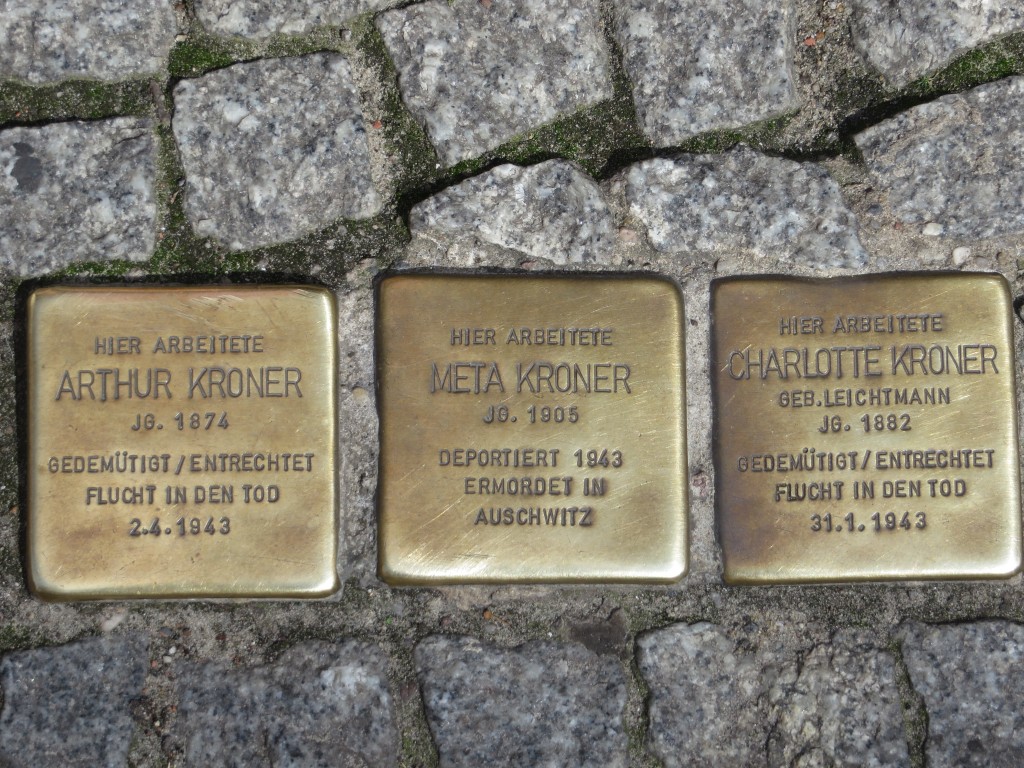 This encounter made me realize how much of the past is still a living and breathing part of the present in Berlin. The stumbling stones are not a monument that can be avoided. They are not museums that require purposeful entry. They are simple pieces of history that serve as a reminder of people and events that are lessons for the future. While it is often easier to think of the Holocaust as an event solely belonging to the past, a chapter in a textbook, it is still an influence on the world today. For instance, as the topic of leitkultur – leading culture – comes up during immigration debates in Germany, critics often grow wary of its nationalist and racist implications. This concern stems from the nation’s past. The stumbling stones are a less critical reminder of the ways history continues to manifest itself in Berlin today. 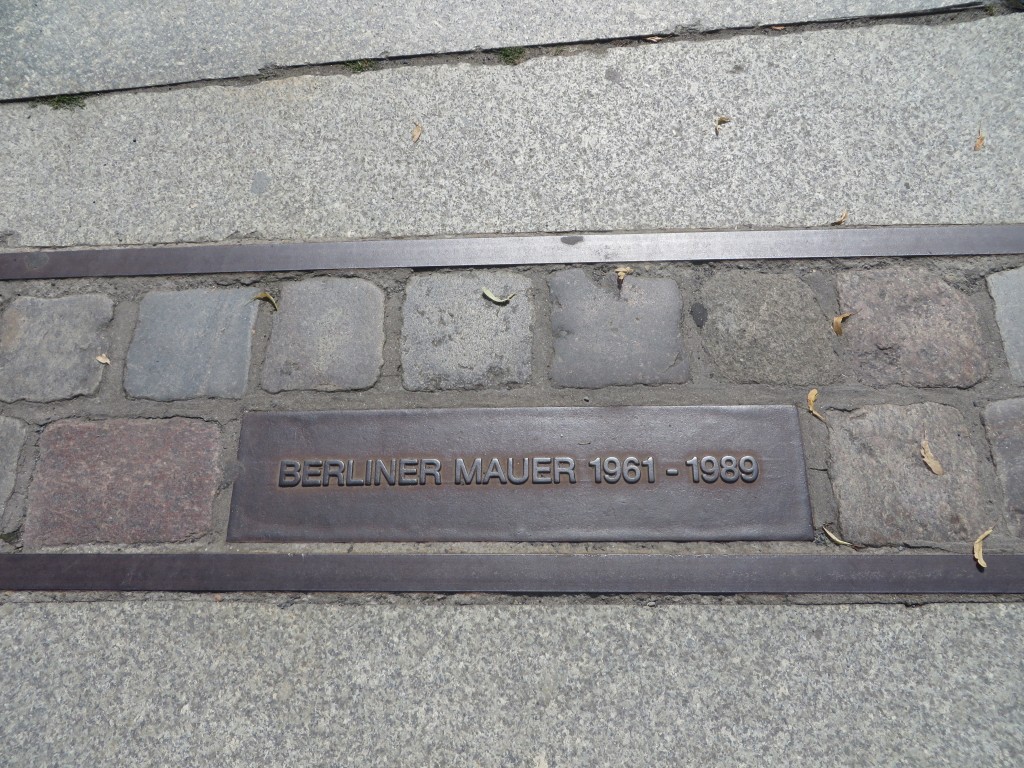 However, the stumbling stones are not the only reminders of the past. There is also a brick path that runs through the city, marking the former Berlin Wall. I have crossed that path many times in a day, noting how simply I walked from East to West, when just a few decades ago, people could only dream of such ease. Even the crosswalk lights bring the history of the divided city into the present. The men on the lights in East Berlin are more rounded, while those in West Berlin are more angular. They reflect the separate construction and infrastructure operations that unfolded during the years of division. While that division may have ended many years ago, its remnants persist. This is a testament to the living aspect of history that is a part of Berlin. 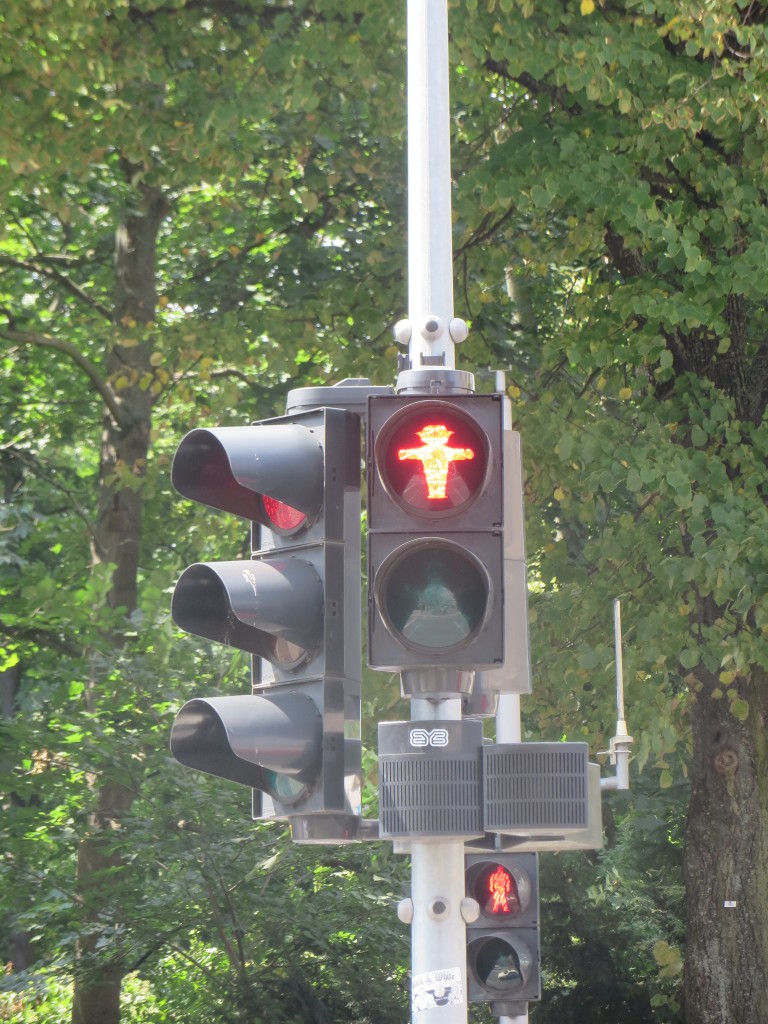 Noticing all these little pieces of history that infiltrate daily life has not only made me appreciate the role that the past plays in present-day Berlin, but also how the same can be said of Boston. There is history embedded in my city too, through the Freedom Trail, the various monuments, the sites of battles and famous speeches. Boston is also a city that cannot be understood without its history. The liberal center of a liberal state was born from colonists who broke ways with the tradition of England, who didn’t want to pay taxes they felt to be unjust. The city of education was home to great orators and writers, thinkers and politicians. This legacy lives on it Boston today. Its history has shaped its present identity.

I believe the same can be said of countless cities across the globe. History has such a large impact on present-day life, and I think objects such as the stumbling stones or the Freedom Trail, are great reminders of this phenomenon. They are excellent and effective ways of preserving memories that shape our present and future.