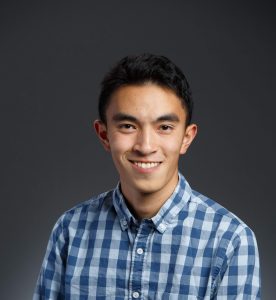 Congtin Justin Nguyen COE’19 changed his major several times throughout his first year at Northeastern, and even when he made the switch to bioengineering, he wasn’t sure whether it would be the right fit for him. To find out, he decided to get involved in research.

That decision proved fateful, not only confirming Nguyen’s interest in bioengineering, but also setting in motion a series of globe-spanning and increasingly independent research experiences that culminated in his decision to build a career as a regenerative medicine researcher—that is, a scientist who seeks to co-opt existing natural repair mechanisms, like stem cells, to cure patients from within. To take the next step toward that goal, Nguyen will enroll in the Master of Science program in Regenerative Biology and Medicine at Germany’s Technische Universität Dresden (TUD) with the support of the DAAD Study Scholarship. This internationally competitive award, funded by the German Academic Exchange Service (Deutscher Akademischer Austauschdienst), will cover not only tuition for the two-year program, but also travel and insurance costs and a monthly living stipend.

Even as he built his technical skill set, Nguyen also realized that becoming a world-class researcher required a sophisticated ability to engage with the world—skills like cultural agility and language fluency that are gained through substantive engagement with global communities. With this in mind, Nguyen, who is a member of the University Scholars and Honors Programs, maximized the experiential and global opportunities that distinguish a Northeastern education. He began as a volunteer in the Advanced BioTech Solutions for Healthcare Lab of Professor Talia Konry, where he learned the ropes of cell culture and chip fabrication. After a co-op at MicroMedicine, a company focused on automated microfluidic technologies, Nguyen joined Professor Thomas Webster’s Nanomedicine Lab. There, with the support of the Undergraduate Research and Creative Endeavors Award, Nguyen examined the feasibility of selenium nanoparticles (SeNP) to mitigate bacterial skin infections and developed an independent offshoot study that assessed whether SeNPs offered protective capabilities against UV-induced DNA damage.

Meanwhile, Nguyen was laying the groundwork for the series of international study, research, and service experiences that today mark him as a global citizen. He credits growing up in a multilingual household—his parents, who came to the United States from Vietnam, speak Vietnamese and Teochew Chinese as first languages—with giving him, in his words, “an appreciation for language and the cultural and societal advantages it offers, the different spaces it allows you to navigate.” After becoming proficient in Spanish in high school, Nguyen began studying German during his first year at Northeastern.

That language training became a major asset when Nguyen sought to arrange his second co-op at the European Molecular Biology Laboratory in Heidelberg, Germany. There, using optogenetics, Nguyen interrogated the role of an important contractile protein, myosin, in the process of tissue morphogenesis (tissue development) in the Drosophila (fruit fly) embryo. The translational implications of this researched piqued his interest in regenerative medicine, leading to a final co-op at Bluebird Bio, a company striving to develop gene therapies. Meanwhile, the camaraderie among his seven-person team in Heidelberg, which enabled close coordination and cooperation, also reinforced the value of intercultural connections.

Nguyen’s other global community engagement experiences include leading an Alternative Spring Break to study fair-trade coffee production in Costa Rica and earning a Summer Scholars Independent Research Fellowship to examine indigenous people’s access to higher education in Australia. Nguyen’s work on the issue of equal access to education extends to his leadership of the Science Squad, a group supported by a Service/Research Project Award which provides science fair preparation and programming at the John D. O’Bryant School near Northeastern’s campus.

With the support of the DAAD Study Scholarship, Nguyen will spend two years at Technische Universität Dresden, which houses the Center for Regenerative Therapies Dresden and is a world leader in the quest to engineer the cellular basis of regeneration. Earning the MSc will allow him to make a deep dive into this area of specialization, after which Nguyen intends to pursue a PhD and devote his career to developing new ways for the human body to heal itself.