Did you know that the University Scholars Program is sponsoring two Dialogues of Civilization this summer? In addition to an updated iteration of last summer's amazing Dialogue to study the science and policy of climate change in India, we've added "Politics of Space: Islam, Gender, Sexuality in Istanbul and Berlin," taught by Professors Berna Turam and Kathrin Zippel.

This Dialogue will provide students with an interdisciplinary understanding of urban politics in Istanbul and Berlin. We will contrast issues facing the Turkish migrant population in Berlin, Germany, with the accommodation of religion in secular neighborhoods of Istanbul. Throughout the dialogue, and in interdisciplinary student research projects, we will explore controversial issues of politics of the city, religion, gender, sexualities and immigration.

The University Scholars Program will subsidize the Dialogue fee for Scholars attending either of the Scholars-sponsored Dialogues. Apply today! 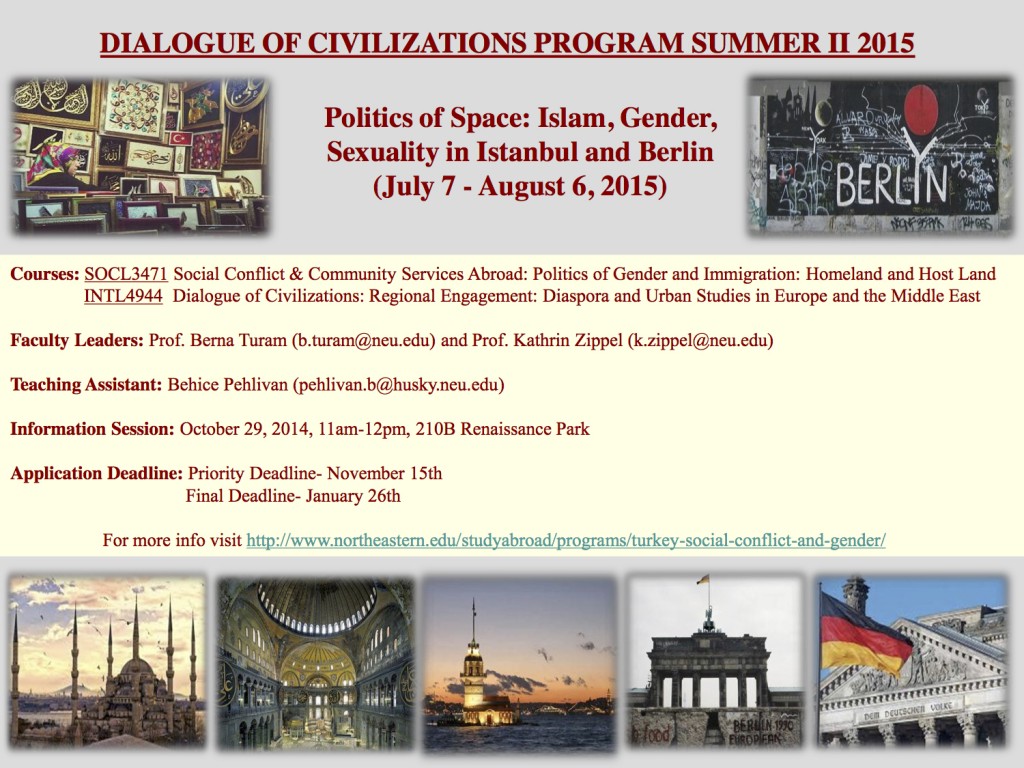