Dr. Jonna Iacono | Director, University Scholars Program
The Director of the University Scholars Program is Dr. Jonna Iacono. Dr. Iacono arrived at Northeastern by way of Brown University, where she earned her Ph.D. in Early American Literature and Cultures. Before this, she graduated with honors from Princeton University. An affiliated faculty member in Northeastern's Department of English, she is at work on a book manuscript about the evolution of the nineteenth-century American novel's theoretical concerns and aesthetic practices. In addition to working with students in the classroom, Dr. Iacono has guided students through the process of applying for and winning nationally competitive fellowships, such as the Rhodes, Marshall, and Fulbright. 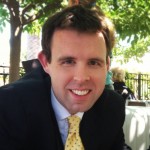 Dr. Andrew Karas | Associate Director, University Scholars Program
Dr. Andrew Karas serves as Associate Director of the University Scholars Program. He brings a range of classroom and administrative experience to the role, having most recently worked in the University of Pennsylvania’s Career Services office. Dr. Karas has also taught introductory writing at Harvard (his undergraduate alma mater) and Yale, where he received his Ph.D. in English Language and Literature. His ongoing research examines the prominence of revision and multiple versions in modern poetry.

Dr. Jennifer Lieb | Associate Director, University Scholars Program
Dr. Jennifer Lieb joined Northeastern from the College of the Holy Cross, where she taught political science. She brings to her Associate Director position a wealth of experience as a scholar, teacher, advisor, and mentor from her years at Holy Cross, as well as from her time serving as a Quin Morton Graduate Teaching Fellow in the Princeton Writing Program. Her primary academic interests lie in the politics of immigration and social policy in the developed democracies. She earned her B.A. from the College of William and Mary summa cum laude in Government and English, an M.Sc. from the London School of Economics in Comparative Politics, and her M.A. and Ph.D. from Princeton University in Politics.