Raspberry Pi, A Sweet Technology Solution for the Poor

We live in an age where technology is ever growing and becoming a necessity in the lives of many people around the world. New improvements and innovations are rapidly being released in the tech industry and they do not appear to be slowing down anytime soon. What are the benefits of this for the poor? “New technology” and “innovation” sound pretty expensive! Fortunately, organizations and companies such as the UK-based Raspberry Pi Foundation are taking advantage of innovation in order to make technology more affordable and accessible.

Raspberry Pi is a low-cost, credit card-sized computer that plugs into any TV and any keyboard. It can be used for electronic projects, spreadsheets, word processing, browsing the Internet, playing games, and more.
It is a small, but mighty piece of technology that has endless opportunities for usage. For the techies out there, the computer runs Linux from an SD card and is powered by a USB phone charger. The original model uses Broadcom BCM2835 system on a chip (SoC), which includes an ARM1176JZF-S 700 MHz processor, VideoCore IV GPU, and was originally shipped with 256 megabytes 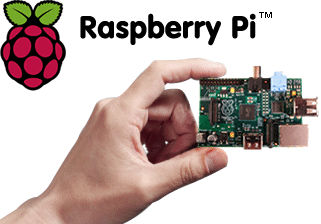 of RAM, later upgraded (models B and B+) to 512 MB. The foundation’s goal was to use this invention to encourage more young people to learn about computer programming and how computers work without making it an expensive hobby. For only 40 USD, a Raspberry Pi computer can be purchased, however there is a small catch. This catch is that it additionally requires some kind of monitor, be it a computer or television screen, as well as a keyboard.

The rise in technological advancement has evidently increased the need for more programmers and Raspberry Pi has made it one of their missions to ignite a spark in kids around the world to become more technologically savvy. The first model of Raspberry Pi was released in 2012, only 4 years ago. Since then, it has grown to be quite popular all around the world. The organization also hosts “Raspberry Jam” events worldwide that are intended to bring people together to learn about what can be done with the technology and how far it can be taken.

Many individuals, initiatives, and organizations have taken advantage of the technology’s portability and price to see how it could play a role in the lives of people living in rural communities. The need for programmers worldwide is increasing exponentially with the rise of technological advancements. If Raspberry Pi can teach more kids around the world how to code, especially those who currently cannot afford this kind of education, then it can create more job opportunities in fields that are less accessible to the poor. An aspect of Raspberry Pi that makes it potentially more useful and scalable than other technologies that are created for the poor, such as One Laptop Per Child, is that it can be plugged into any size screen. A personal computer or laptop can limit the amount of people who can be viewing the information shown on a screen. Raspberry Pi can be connected to TVs or even projectors. This can create for a more engaging, educational experience. A school therefore does not need hundreds of devices for each and every student. Rather, they just need a few larger screens and a few keyboards.

So far, many researchers have been testing out ways to use Raspberry Pi in rural communities around the world, including India, Cameroon, Nicaragua, Ghana, and more. The common goal is the ability to deliver computing education without the need for elaborate infrastructure. Most of these projects, written about on the Raspberry Pi blog, are proven to be pretty successful, even with children who have never seen a computer before. The potential seems endless as Raspberry Pi continues to innovate and expand their technology.