The SJRC was founded in 2011 by Dr. Chong Sun Kim Wong with the support of Northeastern's current Associate Dean for Cultural, Residential and Spiritual Life, Robert Jose, after students and staff identified the need for such a space on campus and advocated for its creation. The Center used to be a part of Residential Life and started in a single room in West Village A North.


In Fall 2012, the SJRC moved from the Residential Life area of Student Affairs to the new Center for Spirituality, Dialogue and Service (CSDS). This shift recognized the leading role that communities of faith and conscience have played in the history of social change in the US and globally. In Summer 2015, the SJRC became its own independent department within Student Affairs to continue to support Northeastern students’ productive engagement with contemporary civic and social challenges. 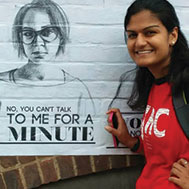 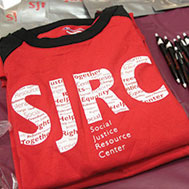 Get social justice related news and updates in your inbox.