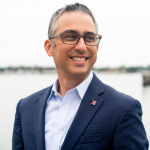 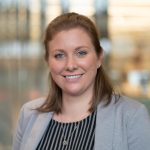 Lori is originally from Melbourne, Australia. She received her B. Med. Chem. (1st class Hons.) from La Trobe University in 2010 under the supervision of Dr. Belinda Abbott and Dr. Seb Marcuccio. Her research focused on developing the first total synthesis of picrorocellin and its structural derivatives as potential antimalarial compounds. She then moved to the Monash Institute of Pharmaceutical Sciences, Monash University to complete her Ph.D. under the supervision of Prof. Jonathan Baell. Her research focused on the design and synthesis of novel heterocyclic compounds for the treatment of human African trypanosomiasis. Lori joined the group in 2015 and is applying her expertise in n medicinal chemistry to under-resourced and emerging infectious diseases. Lori is a MPI on a R01 for the optimization of compounds for malaria, and a co-PI on a R21/R33 for the optimization of compounds for Chagas diseases and leishmaniasis. She is also leading projects in the antifungal space, and is developing programs with antibacterial and antiviral indications. 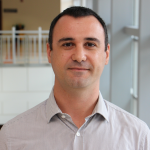 Marco is from a small town in the middle of the Italian Tuscan countryside named Santo Pietro Belvedere. He received his master’s degree in Pharmaceutical Chemistry and Technology from the University of Pisa, Italy, in 2008 with a project targeting cancer metabolism, supervised by Prof. Filippo Minutolo. He then spent a year at DSM in the Netherlands before moving into his Ph.D. at the University of Bath, UK. Here, under the supervision of Prof. Barry Potter and Dr. Mathew Leese, Marco undertook his doctoral work involving synthesis and biological evaluation of small molecules for the treatment of breast cancer. Marco worked also as a community pharmacist, and after obtaining his Ph.D. in 2014, he relocated to Oxford, MS to start his Postdoctoral Research Associate position at the University of Mississippi in 2015, and then continued at the University of Florida in 2017 under the supervision of Dr. Christopher McCurdy. Within Dr. McCurdy’s group, Marco worked on projects ranging from small molecule synthesis to natural product isolation and characterization, to ADMET properties optimization at the preclinical stage for the treatment of pain and opioid use disorder. In 2022, Marco joined Dr. Pollastri’s research group to work on drug development for neglected tropical diseases. 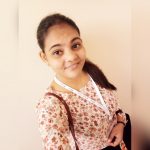 Jyoti is originally from India. She received her M.Sc. (Organic Chemistry) degree in 2015 from the University of Delhi. In 2016, She joined as a Ph.D. research fellow under the supervision of Prof. Subhabrata Sen at Shiv Nadar University, Noida, India where She worked on the design, synthesis, and biological evaluation of novel small molecules as anti-breast cancer agents. She completed her Ph.D. in July 2020. She joined Prof. Pollastri’s research group in Feb 2021 and working on the development of small-molecule inhibitors against Neglected tropical diseases. 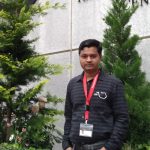 Pradip originates from Maharashtra, India. He received MSc in Organic Chemistry (2004) from the University of Pune. After completion of his master’s degree, he worked at Cipla Pharmaceuticals and Harman finochem Ltd as Process Development Chemist. In 2006, he joined the Department of Medicinal Chemistry at Piramal Life Sciences Ltd., Mumbai, India, where he worked on several medicinal chemistry projects. He worked on the design and synthesis of novel molecules for anticancer, anti-Inflammatory, and anti-tubercular agents. In 2010-2015, he completed his Ph.D. in Organic/ Medicinal Chemistry- Industrial collaboration with Vellore Institute of Technology (VIT) Vellore, India under the supervision of Dr. S. Sarveswari and Dr. Abhijit Roychowdhury. His Ph.D. topic was “Design, Synthesis, and the Medicinal Chemistry Applications of Azaspiro Analogues.” After completion of Ph.D., he joined Piramal Critical Care Ltd, India, where he worked on process development of anesthetic API, fluorine-containing specialty chemicals, and vapor phase fluorination. Pradip is a drug hunter and takes a keen interest in every aspect of drug discovery with special emphasis on finding novel bio-isosteres by use of fluorine chemistry and azaspirocycles. He joined Prof. Pollastri’s research group in March. 2021 and working on the design and synthesis of novel heterocyclic compounds for Neglected Tropical Diseases. 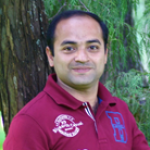 Vinayak is originally from Karnataka, India. After obtaining his Master’s degree from Karnatak University, Dharwad, India, in 2013. He joined Dr. Reddy’s Pharmacietical Laboratories Ltd. in 2015 as a process development chemist. Later, he obtained his Ph.D. from the Indian Institute of Science, Bangalore, India, under the supervision of Prof. K. R. Prabhu in 2021. His Ph. D. research involves sulfoximine, and sulfoxonium ylide directed C-H activation and cascade annulation reactions. He joined Prof. Pollastri’s research group in August 2021 and working on the development of small-molecule inhibitors against neglected tropical diseases. 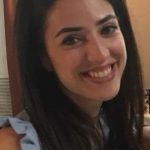 Maria is originally from Sicily. She studied Pharmacy at the University of Catania. During her undergraduate studies, she also spent a period within the laboratory UMR 8638 COMETE at the Paris Descartes University, working on a multidisciplinary project combining both natural product isolation and semi-synthesis of a new series of aucubin derivatives. In November 2017, she started her Ph.D. in Pharmaceutical Biotechnology at the University of Catania under the supervision of Professor Emanuele Amata. Her research was focused on the design, synthesis and preclinical evaluation of novel ligands for sigma receptors. During her second year of Ph.D. she moved to the Department of Chemistry and Applied Biosciences at the ETH of Zurich under the supervision of Professor Dario Neri. She worked on the development of novel small molecules for human tyrosinase and tyrosinase-related protein 1. She completed her Ph.D. in March 2021. Maria joined the Pollastri Group in November 2021 to work on the development of novel small molecules for neglected tropical diseases. 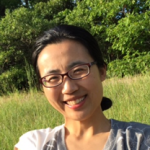 Originally from China, Jing got her BS and MS degrees in Chemical Engineering from Shandong University and, East China University of Science &Technology. She moved to the US and received a second MS degree in Organic Chemistry from Temple University under the supervision of Professor Franklin A. Davis. In 2007, she joined GSK where she works on DNA Encoded Library Technology (ELT), focusing on on-DNA chemistry development, library design, and synthesis. Jing joined Prof. Pollastri’s group in 2018 as an industrial graduate student. 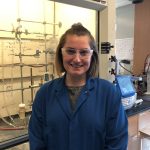 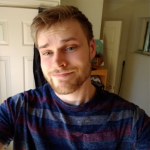 Jonny is a visiting PhD student from the UK joining Lori Ferrins on a three month placement as part of his program funded by the Medical Research Foundation (MRF). Jonny studied Natural Sciences at Durham University graduating with an Msc (1st class) with joint honours in Chemistry and Biology. He now studies Antimicrobial Resistance in the School of Life Sciences at the University of Warwick, supervised by Professor Chris Dowson, focusing on mechanisms of resistance in Penicillin Binding Proteins (FtsI), novel inhibitors and assay development. 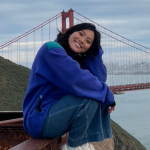 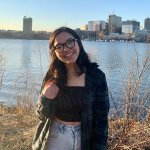 Andrea is a third-year honors undergraduate student from Kuala Lumpur, Malaysia, pursuing a major in biochemistry with a minor in global health. Outside of the lab, she enjoys reading, cooking, baking, trying new foods,  and exploring Boston with her friends. 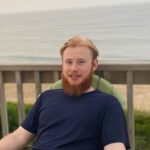 I’m a second-year honors student from Maryland studying Biochemistry with a minor in Philosophy. Besides research, I enjoy reading, skiing, weightlifting, and studying foreign languages. 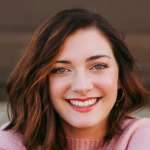 Reagan is a third year double-majoring in Behavioral Neuroscience and Chemistry. She’s originally from Missouri. Outside of lab, they like reading, going to the gym, and listening to new music. 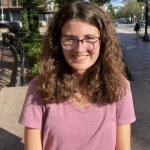 Sara is a second-year Behavioral Neuroscience major from Connecticut. Outside of the lab, she enjoys playing the violin, exploring Boston, reading mystery books, and painting. 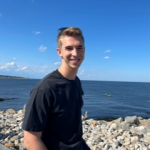 Janis is a third-year Chemistry student with a minor in Business Administration. He is originally from Germany but now lives in Houston, TX. Outside of the lab, Janis likes to travel, run, ski, cook, and explore the surrounding areas of Boston with friends. 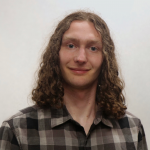 Oliver is a fourth-year chemistry major with a minor in computer science. In my free time I like cooking, running, and skiing