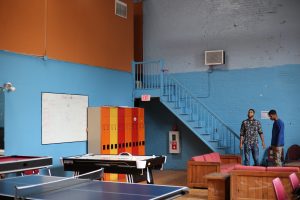 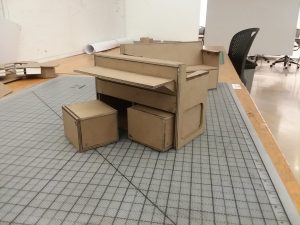 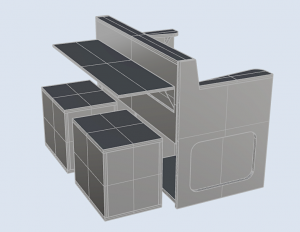 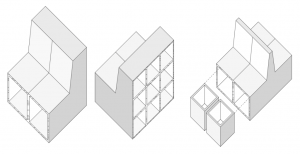 From 2017 to 2018 our chapter partnered with the Bird Street Community Center in the Dorchester area, an after-school youth development program for grade school student. Bird Street’s goal is to instill in their students intellectual and leadership qualities that will help them strive for academic success as well as success in life. The students of Bird Street are local to Dorchester, and use the Community Center after school to do their homework, play basketball or other sports in their indoor court, or socialize. Bird Street felt that by partnering with us we could instill in their students knowledge about architecture that may expose them to a variety of new academic and employment opportunities through a hands-on design process.

Upon visiting the Bird Street Community Center, we documented and measured each of their rooms, and we met with students and faculty and discussed the different spaces the students used in order to better understand how we could make a positive impact in their academic and daily lives.  We then revisited the Community Center, allowing students to draw on printed floor plans of the space what they would like us to construct for them. Based on the student participation, and discussions with the Bird Street faculty, we decided to design a set of modular furniture for this space that allows the students to gather more comfortably and doubles as a storage unit for their games and belongings. After several group design charettes, and periodic check ins with Bird Street faculty, our final design includes four seating benches that include 12 lockers, 4 ottomans, and two collapsable work spaces. 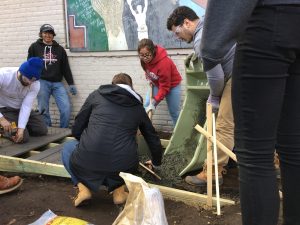 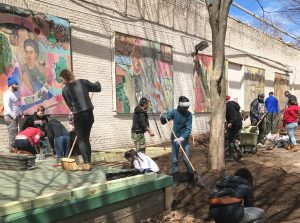 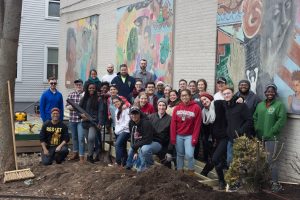 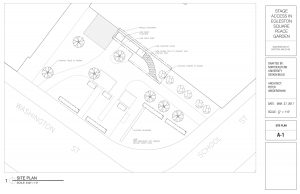 From 2015 to 2017 our chapter partnered with Egleston Square Main Streets, a local non-for-profit organization, to improve and revitalize the Egleston Square Peace Garden. Once a vacant lot situated across the street from the Community Youth Center, the park was transformed from an underutilized and unmaintained plot of land into a desirable local amenity. Egleston Square Main Streets worked with the city of Boston and the local community to clean up the plot and transform it into a public park. The Peace Garden now functions as a gathering place for the neighborhood, which has encouraged locals to come together in celebration of their community, and has helped revive the surrounding businesses by increasing foot traffic in the area.

The first phase of our proposed project was to build an ADA ramp for the stage in the Peace Garden, which would allow disabled and elderly community members to have access to the 4-foot high platform. The stage was recently constructed by Youthbuild Boston, another local volunteer group, and has allowed community members to host concerts, movie nights, and other outdoor activities in the Garden. The subsequent phases of our project consist of minor but impactful installations to continue improving on the usage and accessibility of the Peace Garden, and foster a strong sense of community. Freedom by Design will also continue to conduct monthly clean-up’s at the Peace Garden as a way of taking ownership of site that we invested in for over a year. 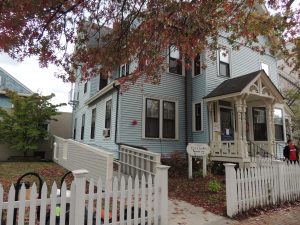 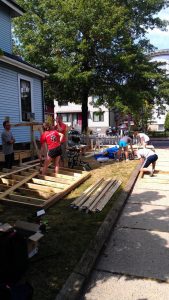 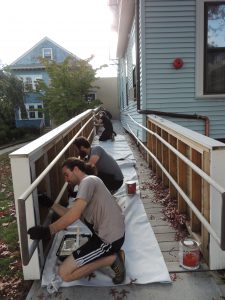 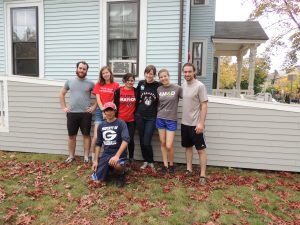 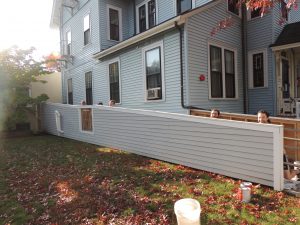 In 2012, our chapter designed and built an ADA ramp for the Congregation Eitz Chayim in Cambridge, MA. Upon hearing about the work Freedom by Design had done on their previous project, congregation member David Eisen offered his synagogue as a potential project. As the congregation of the synagogue has aged, the importance of accessibility became increasingly apparent. However, the congregation lacked the immediate funds to design and build an ADA compliant ramp. In addition, the congregation had yet to investigate the potential scope of work to make any entrance accessible.

With at least five steps up to any of the entrances, the building did not meet ADA standards. However, each entrance had the potential to be accessible, with certain corresponding benefits and drawbacks to each one. As a first step toward accessibility, Freedom by Design was asked to prepare a Feasibility Study for the congregation, analyzing existing conditions and outlining the work required to make certain entrances accessible. After reviewing the study, Eitz Chayim asked our FBD program to design and build the agreed upon ramp for their community. The project also included pouring concrete footings, installing vinyl siding, and painting the ramp upon it’s completion. Construction of the ramp concluded by the end of October, 2012. 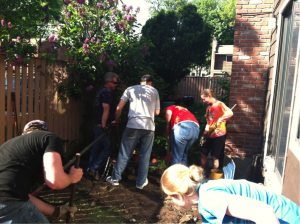 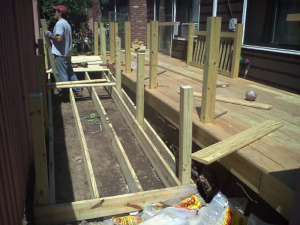 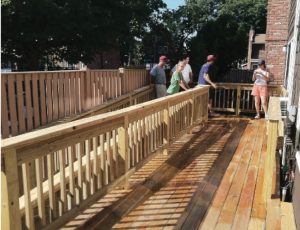 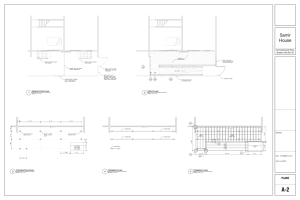 In 2010, a Dorchester family was in need of an accessible exit for their son, Samir, who is severely disabled and confined to a wheelchair. The living room on the first floor was transformed into the son’s bedroom for medical emergencies. The existing conditions of the house included a temporary, metal clip-on ramp at the home’s front entrance, which was steeper than an ADA compliant ramp. This made entering and exiting the house dangerous and difficult for Samir’s parents, who would push the wheelchair on their own.

For our chapter’s first project, we designed a ramp, as well as a deck in the family’s backyard so there would be direct access to and from Samir’s bedroom. After utilizing 3D modeling to conduct a feasibility study, we discussed all options with Samir’s parents and began preparations for constructing our design. The final product included an accessible ramp and deck directly attached to the living room so Samir would be able to go outside in comfort and safety. Construction spanned a few weekends and leftover timber was used to create flower boxes for the family. In addition to the timber construction of the ramp, we also poured concrete footings and created an ADA compliant concrete ramp base. The project concluded in July of 2011.