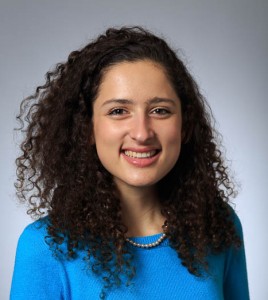 In July, the Scholars Program brought students on a Whale Watch as one of many summer events. Below is a reflection on the event by University Scholar Lindsey Bressler '13.

A few months ago, along the coast of a dilapidated row of hotel beachfront properties, I learned about the plight of the disappearing red crabs. It was sunrise, then, and graciously cooler than the hot Indian summer I primed my body for on our Dialogue. Critically that moment in Mandarmani taught me a powerful lesson about ecosystems. The Scholars Whale Watch opportunity was yet another chance to make those kinds of connections between the importance of a safe environment and the awe-inducing aura of marine life.
Here are a few facts I collected about whales, in no particular order:
Whales spend seasons alternating between fasting and feasting.
They live from 60 to 100 years.
When whales sleep, they do so by floating at the surface and only shut off half their brain. They have to keep the other half on in order to breathe.
Whales are known as “conscious breathers” because opening their blowholes to get air is not an automatic bodily function.
Each of the whale’s tales is different from another’s. They have white and black pigmentation that identify them to the New England Aquarium staff, like freckles.
Admittedly, when I approach certain situations, I do so in a jaded manner. I thought the whale watch was going to be a tourist trap. Instead, our boat guides were knowledgeable, aquarium staff themselves and clearly passionate about these animals. They took down detailed information on a long notepad after every whale sighting.
The situations of the red crabs in West Bengal and whale watching in the Boston harbor are not fully the same. However, it is a sad reality that all aquatic life is destabilized by anthropogenic climate change. As humans, we have threatened these whale’s habitats, too, creating excess undersea noise, throwing fishing gear into the sea and introducing toxic waste.
The lessons about whales and climate change were present but not explicitly stated. I only wish that this point was emphasized more to catalyze the whale watchers into changing their thinking.

To join us for other upcoming programs, check out the summer events list here: https://www.northeastern.edu/universityscholars/2016/06/02/summer-events-for-scholars/