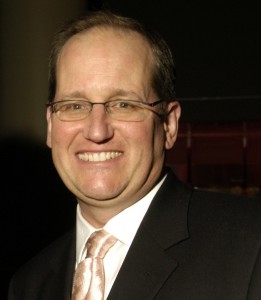 On Wednesday, September 25th, Second-Year University Scholars had the opportunity to hear from David Waters, the CEO of Community Servings, one of the nation’s leading nutritional programs for the critically ill. Waters spoke to our group about the work of Community Servings, as well as about the role that storytelling plays in his ability to lead his organization, in particular, and entrepreneurship more generally as part of our new SAGE (identifying Skills, Accomplishments, and Goals for Enterprise) Series, designed to prepare Second-Year students with the metacognitive skills they need to navigate and profit from their first co-op experiences and schooling more broadly. The Faculty Fellows and Scholars were also joined by Professor Laura Green, the Chair of the Department of English, as well as Senior Vice Provost for Undergraduate Education and Experiential Learning Susan Ambrose.

Waters first spoke about the work that Communty Servings does, creating 25-30 menus of culturally appropriate food a day for clients suffering from a wide variety of medical ailments, ranging from kidney failure to cancer to AIDS. This presents a logistical challenge, certainly, but also a funding challenge, as each fiscal year the organization must raise the money from zero to support its work. This challenge is exacerbated by the fact that it is difficult to raise money for and with sick people – when an ill person is or looks healthy, donors may not be motivated to give, while when that person is sick, they are vulnerable and not in a position to solicit donations. This, Waters, said was why it was so critical for his organization to effectively harness the power of storytelling – to find a way to put a human face to a need without actually putting a human face in front of a donor.

After this brief introduction, Waters made a few comments about what he has found to be the keys to successful storytelling and leadership more generally.

Waters moved from these points into a discussion of the three primary forms of stories he employs at his organization.

1. The Challenge Plot: This is a three-part plot, moving from an introduction of a unique individual, the individual meets an obstacle, then overcomes said obstacle. He provided the example of a young child he worked with who was dangerously ill with cancer for years. After receiving three meals a day for three years, she called David and said, “There are times to say hello and there are times to say good-bye. I am saying good-bye for now because I am healthy again and I want you to be able to serve these meals to others who are sick like I was.” She’s still in remission today.

2. The Creativity Plot: In this story, someone tells of a new solution being created for an old problem. The example: Once there was an old monk who would carry around milk from goats he had tended to poor families in his neighborhood. One day, he realized that there was not enough milk to go around. Distributing milk was not making the impact he had hoped for – but what if, he thought, he could provide goats for each family? And thus, Heifer International, which provides livestock and training to struggling communities around the world.

In his own experience, David also spoke about visiting the Suffolk County Jail and meeting with persons who were being held as prisoners there. During their conversations, David realized that the men who were in jail seemed kind and generous and generally little different than he was. As he was leaving the facility, he spoke with an officer, who told him that 50% of those who were released would be back in 2 weeks. It was then that he was struck by the fact that since these men were little different from him, their recidivism must be less about their personal choice and more about their systems of support post-release. It was easier to go back to jail than to find employment or a new social network. And so, David incorporated a job training program into Community Servings. A-ha!

3. The Unexpected End: In this story, something startling happens at its conclusion to make one reconsider assumptions. As an example, Waters told of a time he had been approached by a middle-aged, well-dressed white woman wearing pearls, who came up to him and thanked him for the nutrition classes that Community Servings had provided while she was receiving cancer treatment. She told him that before then she had never cooked for herself before. Engaging her in conversation, he learned that she had been living in her car for five years before she was able to get into subsidized housing and had not known how to cook for herself. Now, she did. She was not who he thought she initially was.

The Elevator Pitch
To end his talk, Waters spoke about the importance of being able to tell your story with varying degrees of complexity. The importance of the elevator pitch. He described a good strategy for thinking about the pitch in three levels.

The first level should be succinct and descriptive, one to two sentences to tell your story.

“Community Servings is a national leader in providing nutritional programs to the critically ill.”

If you have more time and the audience is still intent, you can add a quantifiable, for other types of learner.

“Community Servings is a national leader in providing nutritional aid to the critically ill. We prepare and deliver 7,500 lunches and dinners each week to the homes of almost 800 individuals and families who are homebound with an acute life-threatening illness.”

If you have even more time, add an emotional, heartfelt element to your story.

"Community Servings is a national leader in providing nutritional aid to the critically ill. We prepare and deliver 7,500 lunches and dinners each week to the homes of almost 800 individuals and families who are homebound with an acute life-threatening illness. One of our clients, Ricardo, is blind due to diabetes and also has kidney failure. When Ricardo and his wife lost their housing, they had to relocate their children and themselves to a motel because the homeless shelters were full. The motel had no kitchenette to prepare food so the family was unable to prepare hot meals for themselves.

When we learned about this family, we knew we had to help. Since Ricardo's family doesn't have access to a refrigerator or oven, we figured out a way to bring them meals every day-as well as plates and silverware. Now, each day Ricardo and his family enjoy healthy, comforting lunches, dinners and snacks."