The following is a blog post reflection by University Scholar Chynna Lewis about her SIRF project from this summer, Underrepresentation Down Under: A Critical Assessment of Higher Education Resources for Indigenous Peoples in Australia.

Over this past summer I embarked on an incredible journey to Australia with two colleagues in hopes of studying Indigenous Australian’s participation in higher education. Aboriginal and Torres Strait Islanders comprise 3% of Australia’s population, but only represent 1.3% of those in higher education, showing a large underrepresentation of Indigenous Australians. We traveled to three cities in Australia: Melbourne, Townsville, and Sydney, visiting various groups at eight universities in order to figure out what resources these universities offered to Aboriginal and Torres Strait Islanders in order to help increase enrollment, retention, and graduation rates.

We interviewed a wide variety of people, who were professors, counselors, student council members, and student support officers. What struck me the most while interviewing these people was the willingness of the Indigenous people to share their lives with us. One of the quotes that has stuck with me ever since I left Australia was from our very first meeting, in which someone said, “Our stories are our life.” Storytelling is a large part of Aboriginal and Torres Strait Islander culture, and that really resonated with me. From a researcher perspective, it was great that they were providing so much information, but from a personal perspective, I loved being able to listen in and be a part of their lives, especially since the Aboriginal and Torres Strait Islander culture is so diverse and different from our own American culture. Their history goes back thousands of years, and many of Indigenous Australians can trace their family lineage back hundreds, even thousands, of generations. They certainly have a lot or remarkable to say, and I am glad I got the opportunity to hear their narratives. I ended up learning the most from their stories as opposed to statistics and numbers. Their stories were my driving fuel for this project; it’s what got me excited to complete this project, and keeps me excited as I look to continue it. 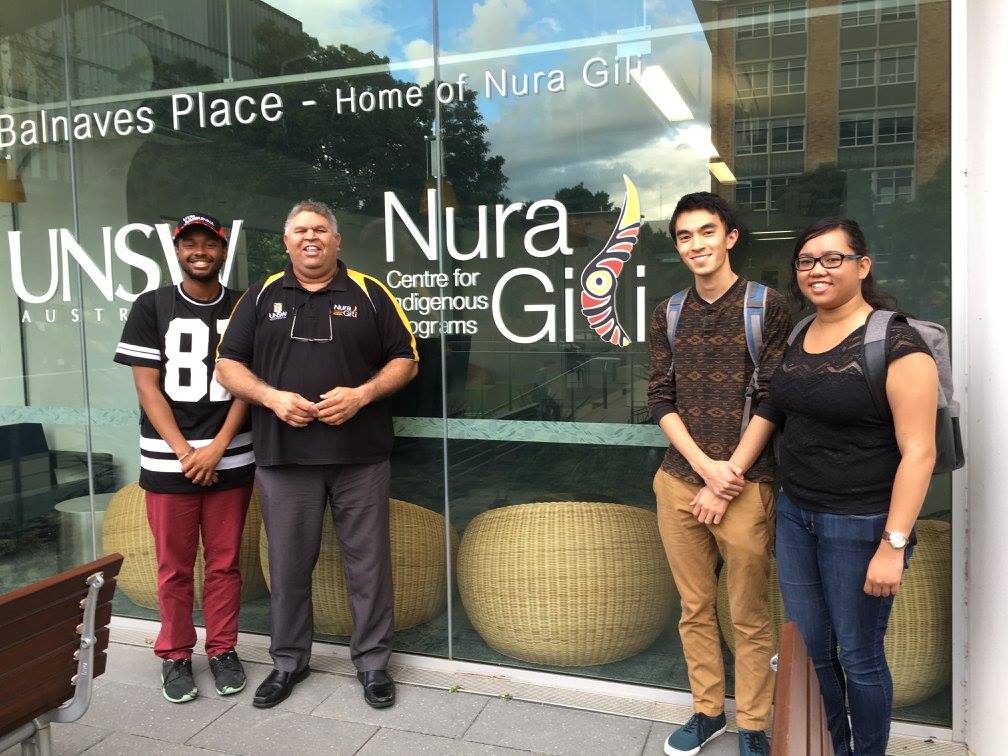 The people we met were also incredibly helpful and made sure that we were enjoying our time in Australia. Not only did they provide us with extra materials that we would find helpful, but one professor in Townsville went out of his way to take us out for dinners, showing us the best parts of the town, and most importantly, introducing us to the wonder that is chicken salt. If anyone can tell me where to find some, please let me know.

Often when I travel, the things that stick with me are not what I saw or did, but rather who I was with and those I met along the way. That to me is the measure of a good adventure, and I certainly had an unforgettable one this summer. In Australia, when people say goodbye, they say, “See you later,” even if they’re not sure that they will see that person again. Well, see you later, Australia.