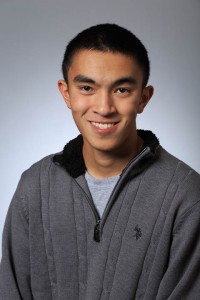 by Congtin Nguyen, COS & University Scholar

Last Thursday, after listening to Professor Intille's lecture, I had the opportunity to speak with him further on his work to develop technologies that can efficiently and accurately track our physical activity and thus help us in leading healthier lives. One of the most intriguing things he mentioned at dinner was that his transition into researching for the public health sector was not by any means planned, but rather that he had been working in computer science -- which is what he holds his degree in -- and the opportunity simply arose for him to spearhead research in public health. It struck me as immensely

interesting how Professor Intille dove into a field so different from his own, yet still managed to integrate them to achieve a novel use of technology to advance public health. It epitomizes and highlights the importance of interdisciplinary work that we always hear about here at Northeastern, and showcases that while it may seem that different areas of study are better left separated, having the initiative to bring about the intersectionality of distinct fields often allows you to achieve and innovate so much more. It is an idea I will keep in mind moving forward, and that I will hopefully utilize as I attempt to make my own mark on the world.