University Scholars demand to be challenged, are passionate about learning, and innovate when given the freedom to explore. The Program provides the intellectual and financial resources that enable Scholars to perform high-caliber, in-depth work. In Summer 2015, we awarded nearly 40 Scholars Independent Research Fellowships, which provide up to $5,000 for University Scholars to undertake independent research and creative projects in close collaboration with a faculty mentor. Projects included an assessment of Cuba’s natural disaster resiliency infrastructure, a documentary film exploring how entrepreneurs tell their stories, and a photojournalistic portfolio chronicling the marginalized voices of Ferguson, MO. Scholars shared their work with their peers and the whole Northeastern community at our annual Scholars Research Symposium.

Learn more about these innovative projects by viewing the Scholars' posters below. 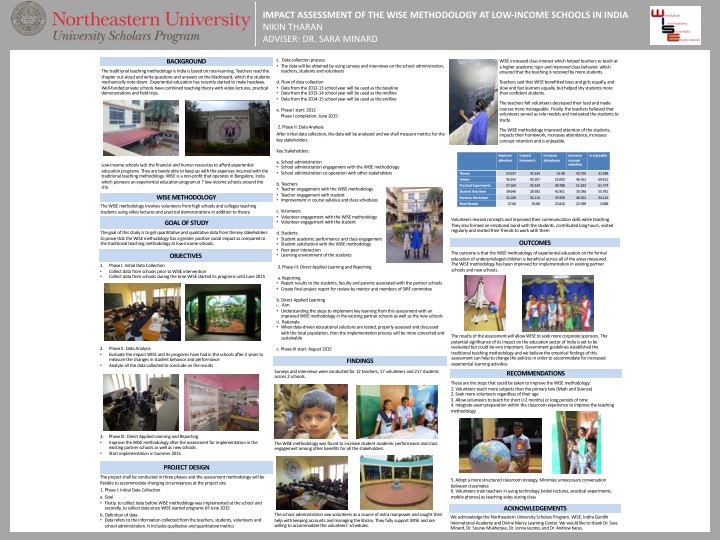 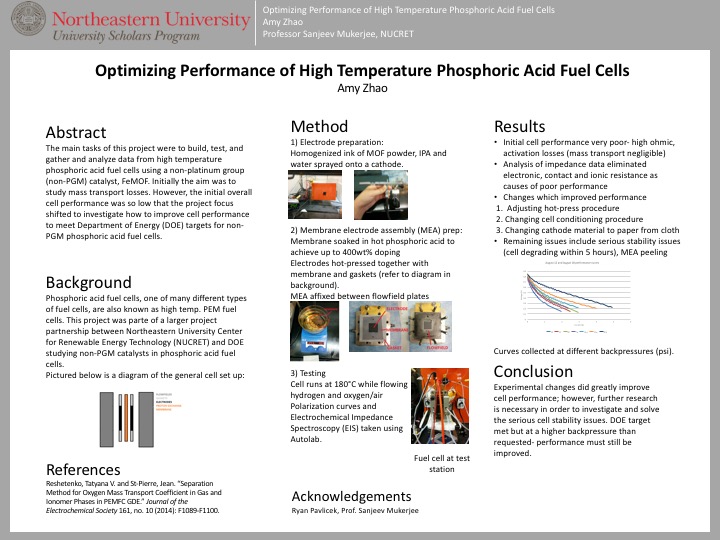 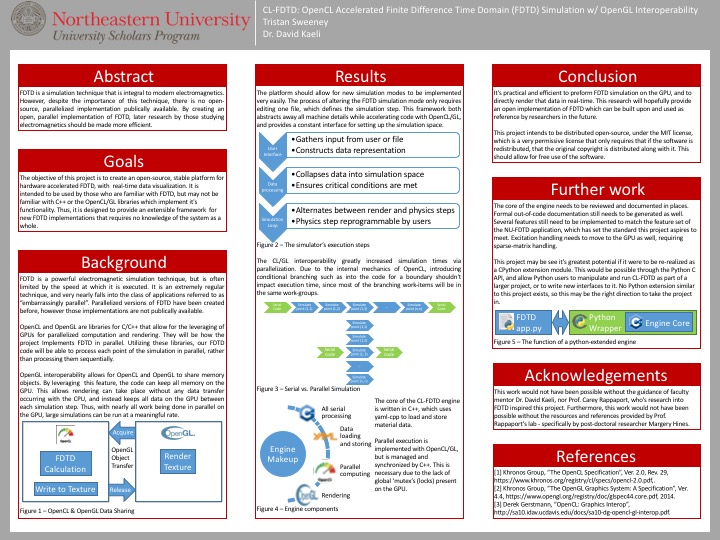 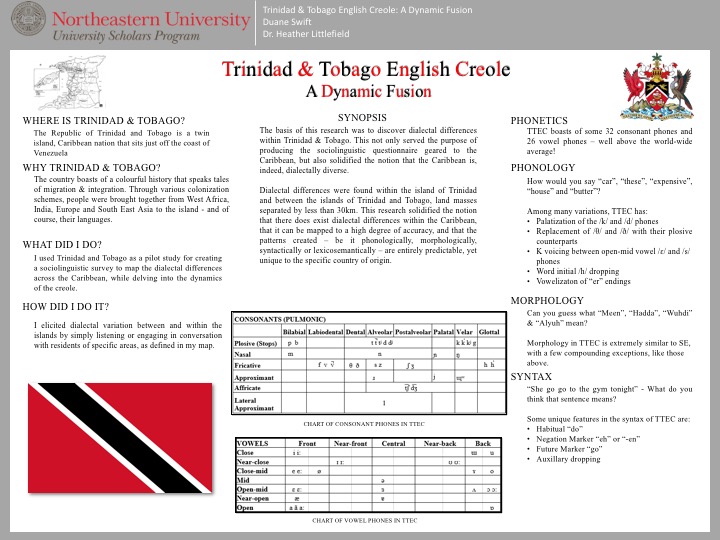 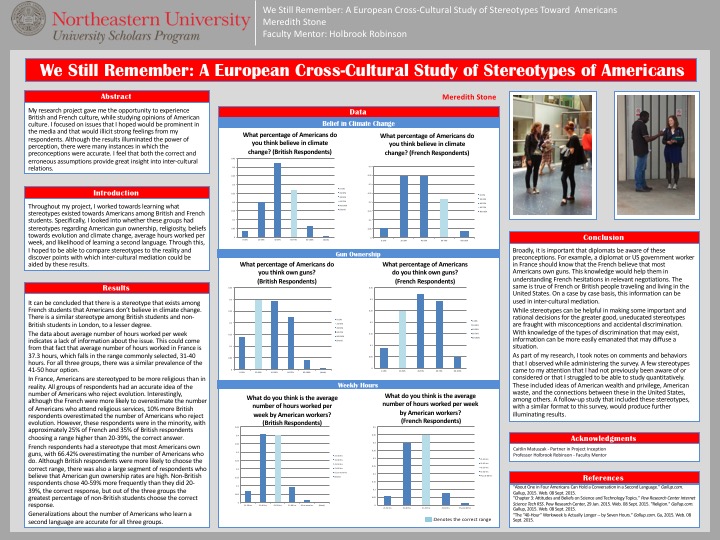 We Still Remember: A European Cross-Cultural Study of Stereotypes Toward Americans 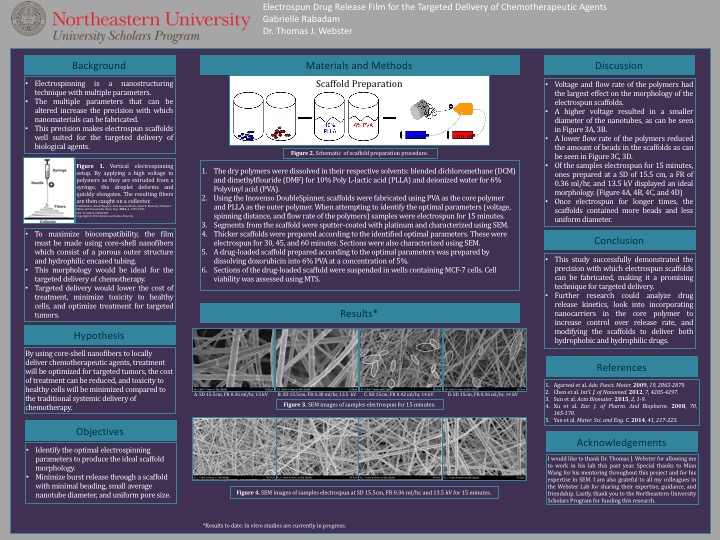 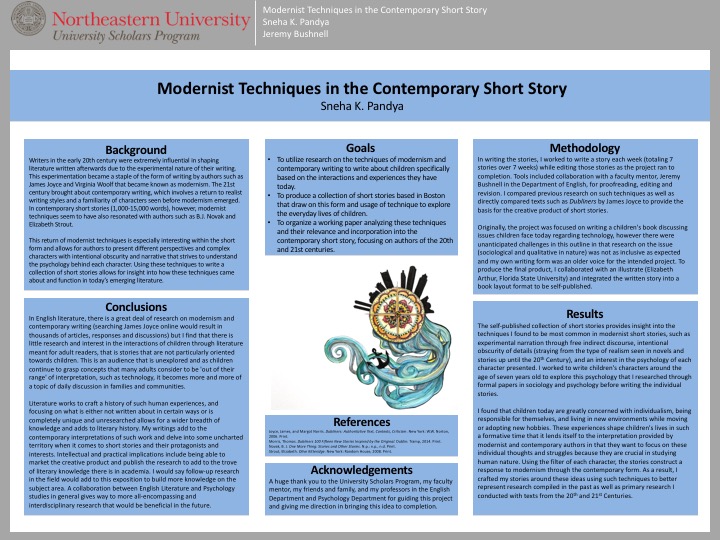 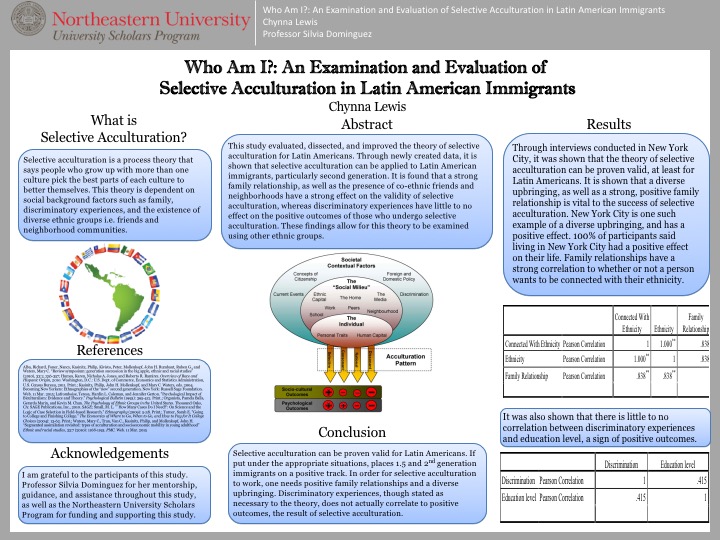 Who Am I? An Examination and Evaluation of Selective Acculturation in Latin American Immigrants 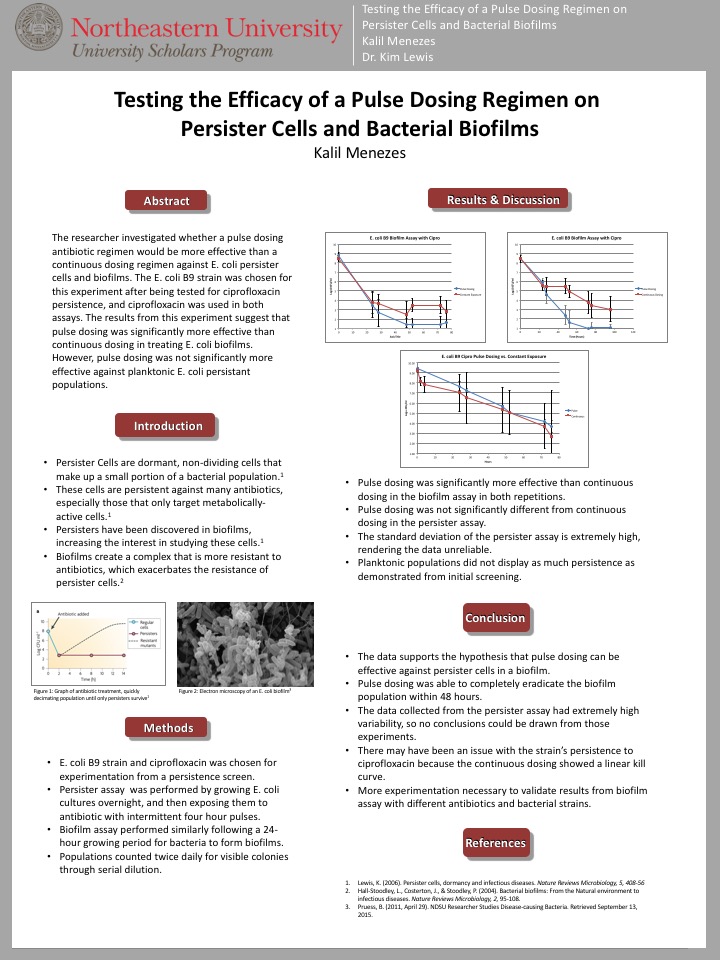 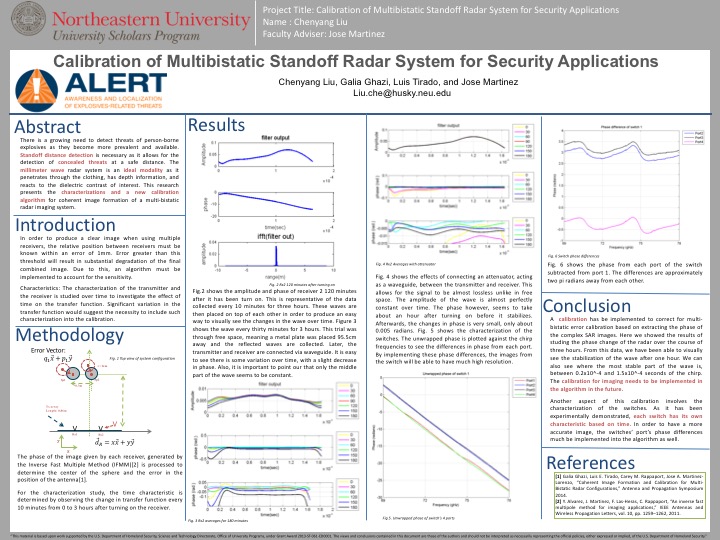 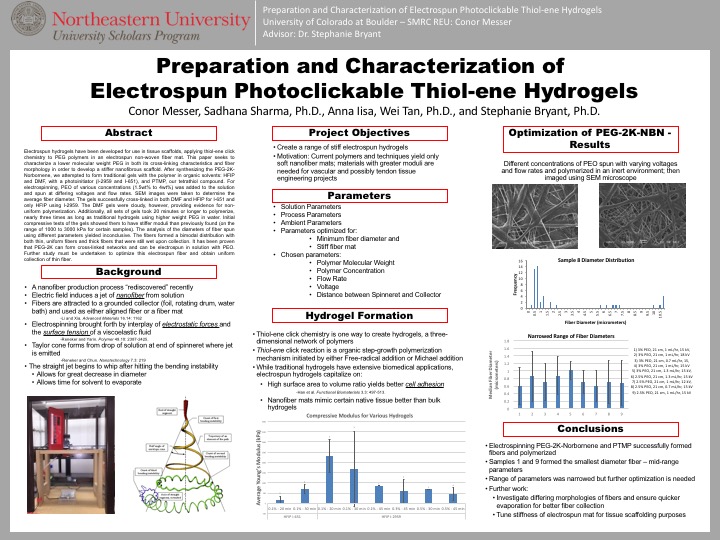 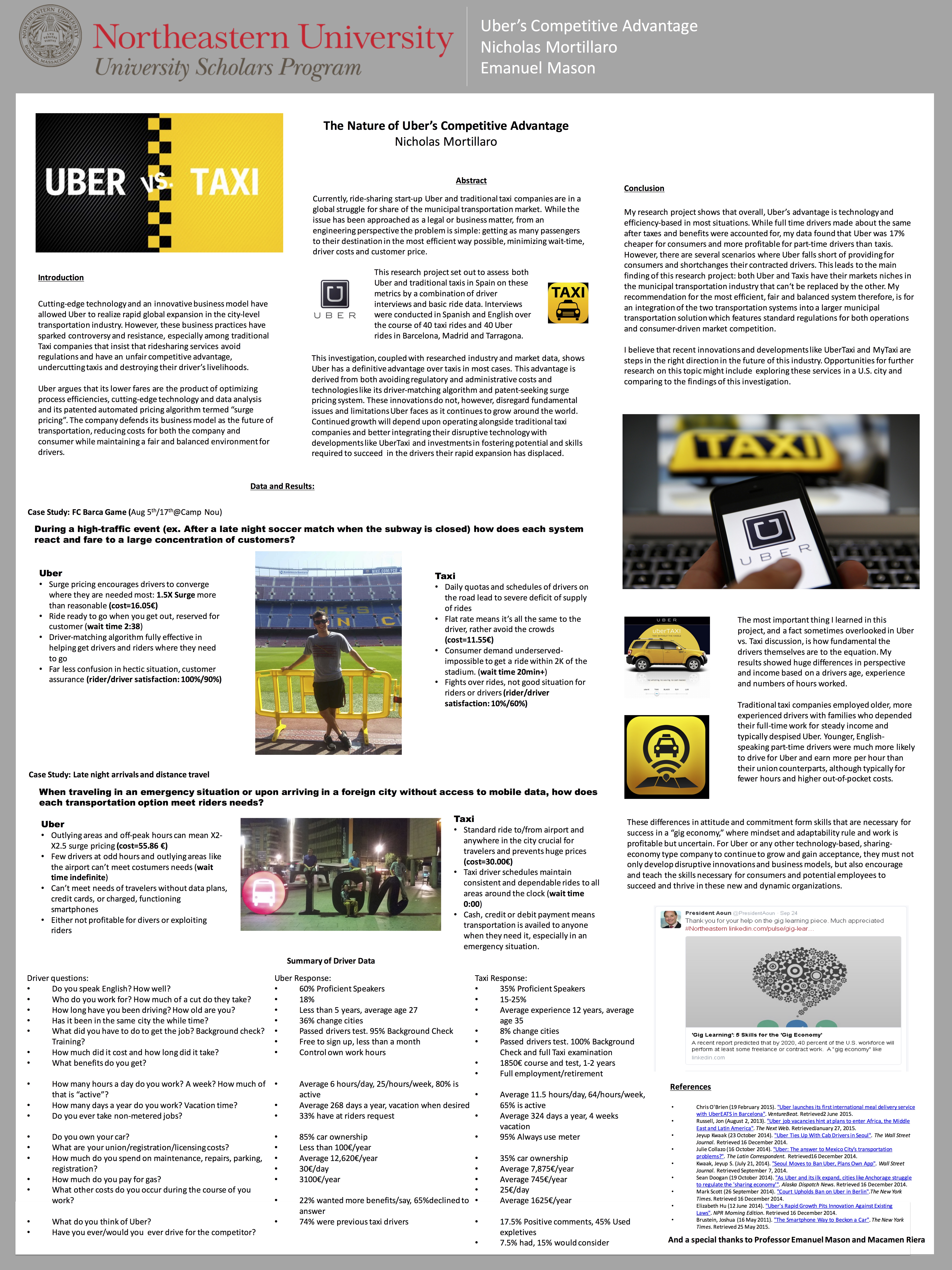 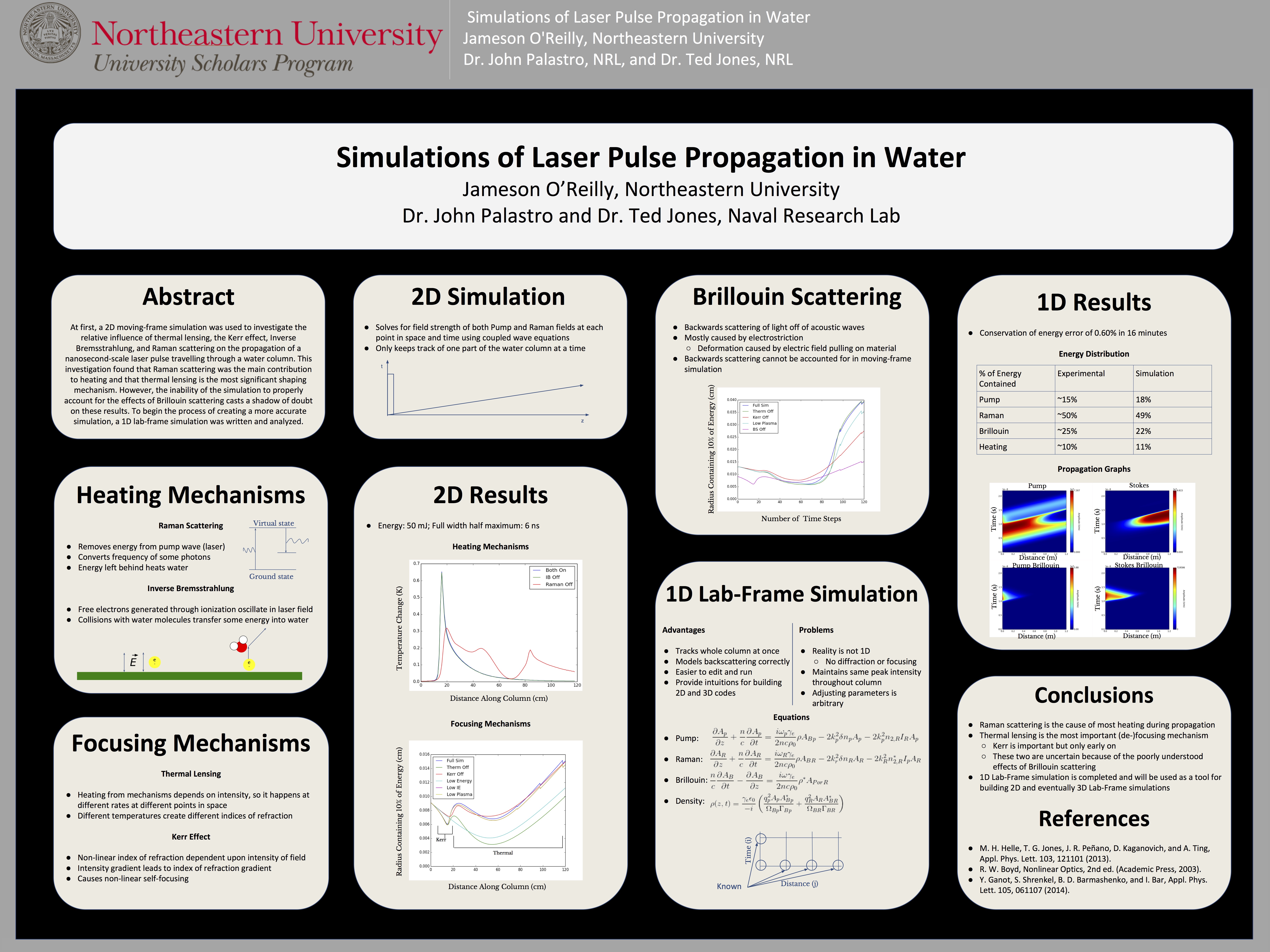 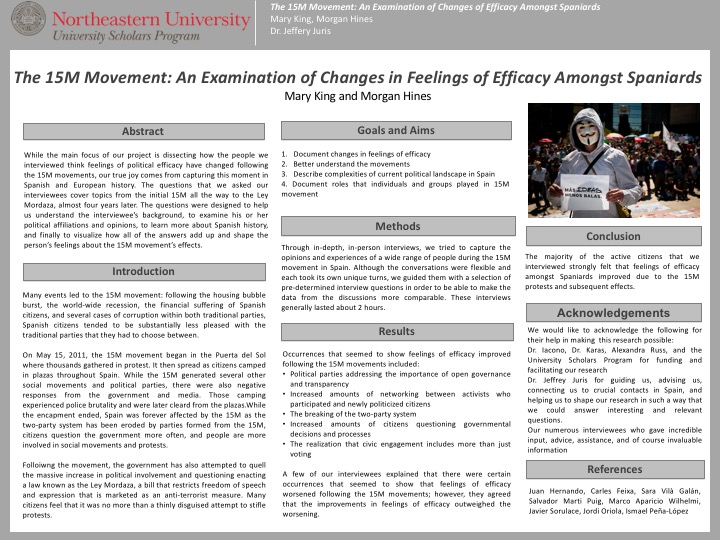 The 15M Movement: An Examination of Changes in Feelings of Efficacy Amongst Spaniards 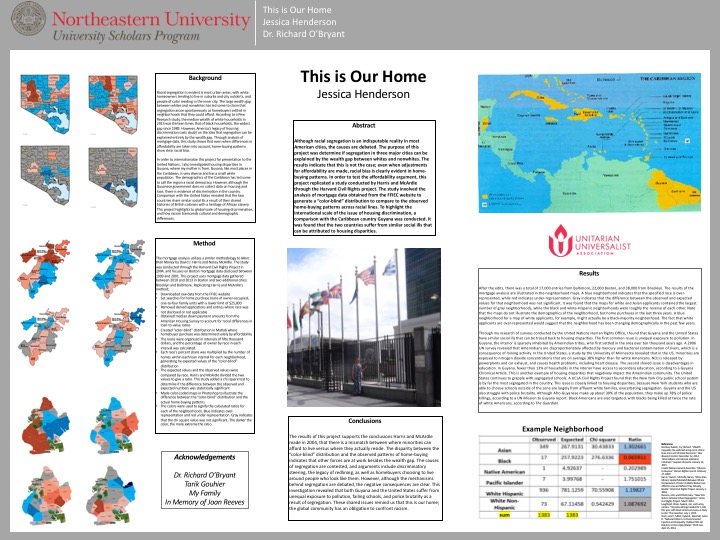 This is Our Home Online Portraits of Women in Power 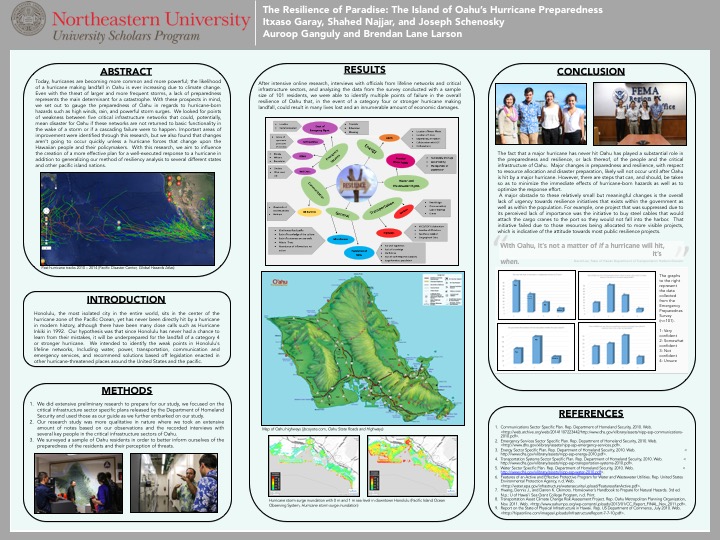 The Resilience of Paradise: The Island of Oahu’s Hurricane Preparedness A Path to Peace? Examining China and Taiwan’s Political Conflict 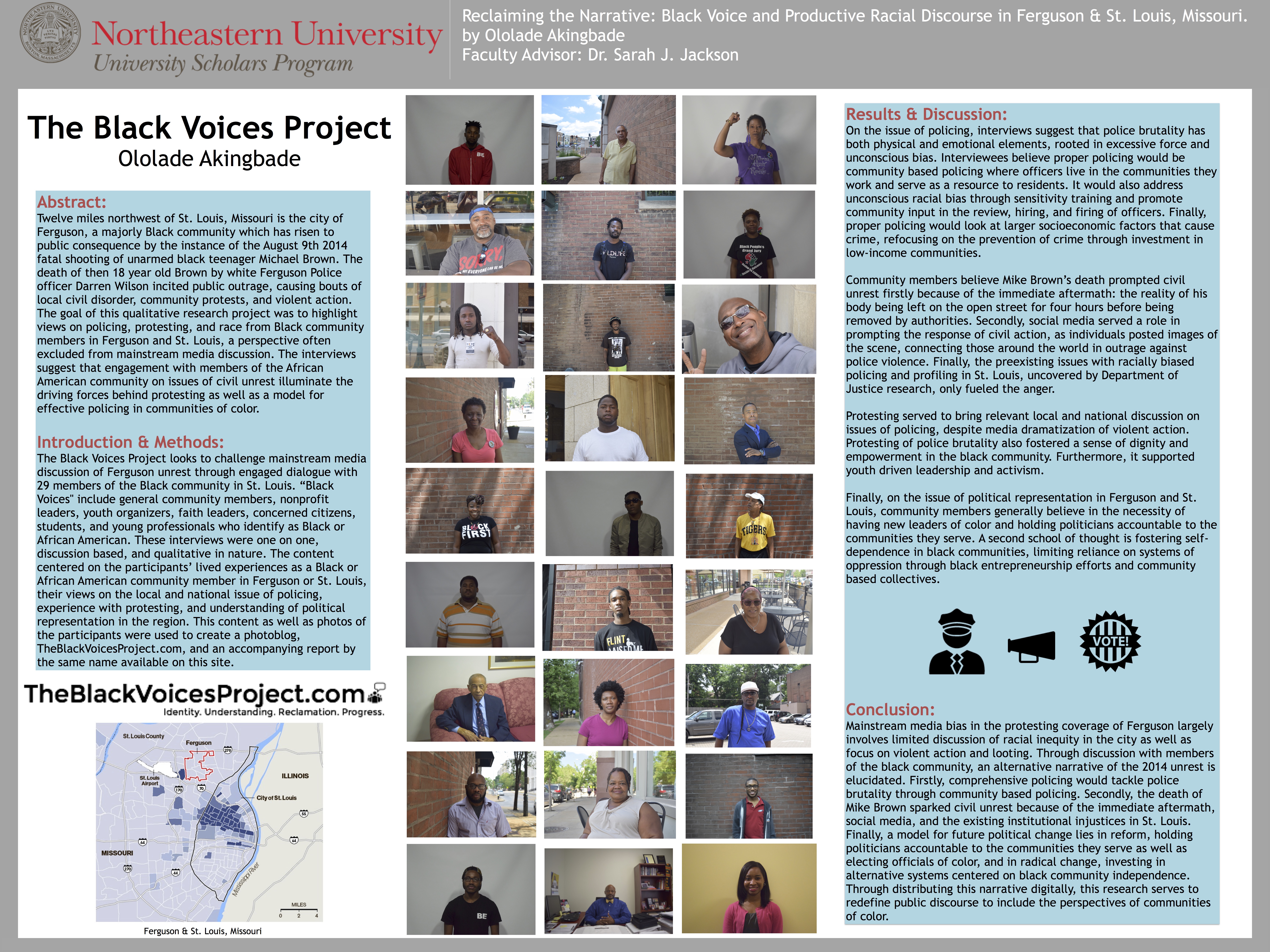 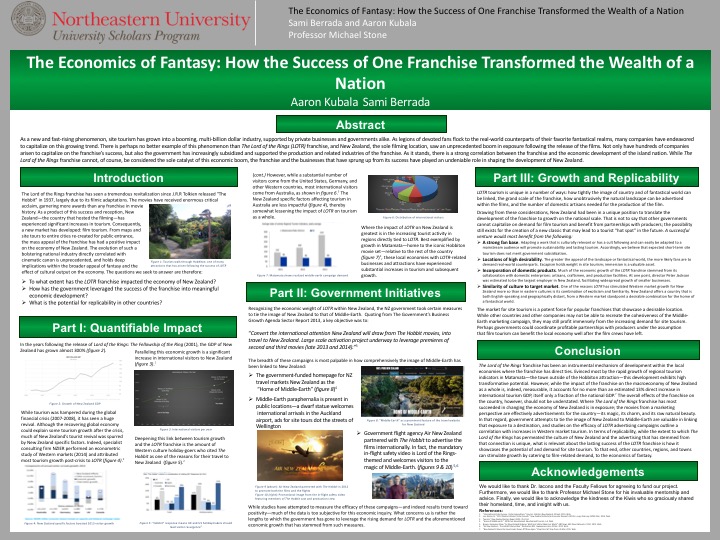 The Economics of Fantasy: How the Success of One Franchise Transformed the Wealth of a Nation 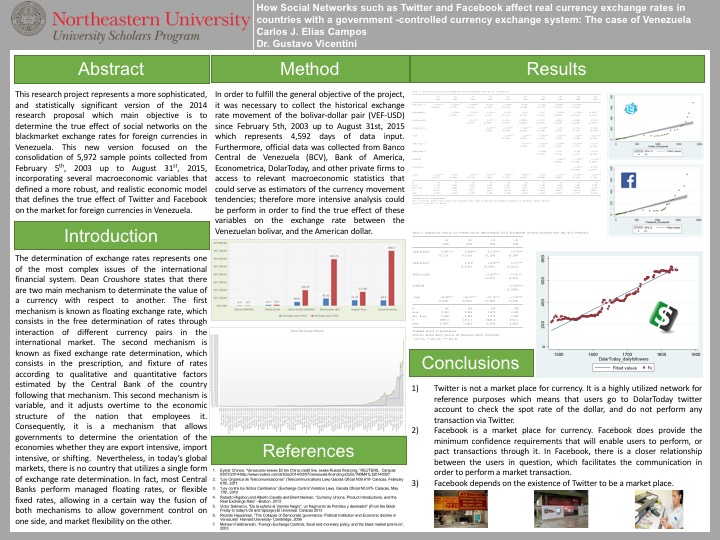