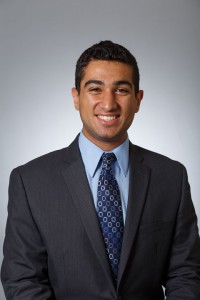 In June, the Scholars Program brought students to Arnold Arboretum as one of many summer events. Below is a reflection on the event by University Scholar Marc Tawfik '13.

Our tour guide, David, stopped us at one point during the tour to talk about a book written on Native American languages, the author of which I unfortunately cannot recall. The importance of this book is that it was one of the few books written during the colonial era that was sympathetic to the Native Americans. Most other works at the time were dismissive of the Natives and categorized them as savages and unintelligent. This moment got me thinking about the media, history, and perspective. I found it notable that most works were quick to dismiss the Natives, and only a few works took the time to understand the native population and provide an objective perspective into their lives and culture.

The phrase "history is written by the victors" is not a new one to me, but this moment in the arboretum did get me thinking more critically about the media I use to educate myself about both the past and the present. I recently read a book about the U.S medical insurance industry, Wendell Potter's "Deadly Spin", in which the former insurance PR executive exposed the PR tricks his firm and others use to bend the media to their agendas.

Powerful colonial agendas once dictated the world's portrayal of the Native Americans. Likewise, many powerful agendas, political, financial, social, undoubtedly control the news and media I consume. The worldview I was taught in the States definitely has a pro-western lean. I've watched "October Sky" and "Miracle on Ice" and been filled with American pride as our heroes gave it to the Russians. While I still consider myself fairly patriotic, I now try to temper this with a more global awareness and keep an eye-out for blind propaganda. Likewise, I try to make myself aware of bias in the media that I consume. When possible, I like to expose myself to pundits from all sides of the spectrum before making my own mind as what I believe. Furthermore, to the best of my ability I have tried to avoid preconceptions based on what others say.

Hearing David speak about the colonial bias against Native Americans got me thinking about bias in other histories and in the news and media. It reinforced my commitment to free speech, free thought, and a more global awareness.

To join us for other upcoming programs, check out the summer events list here: https://www.northeastern.edu/universityscholars/2016/06/02/summer-events-for-scholars/