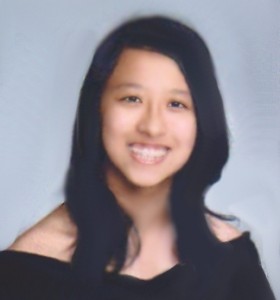 For a moment, walking out of Blackman Auditorium with my hands and ears still raw from thunderous applause, I seriously considered it—sloughing off years of planning and preparation, throwing caution to the wind, and just going for it and becoming a human services major. The buzz of excitement and the belief that change was coming and that we were going to be a part of it were contagious. So often, when reading or watching the news, the world beyond our borders seems like a constant uphill battle, two steps forward and one step back, and other hopeless turns of phrase. But sitting in the panels as one of my own professors clearly and succinctly articulated everything that bothered me about prostitution that I had never been able to express, participating in the workshops and feeling as though I could be more than a bystander for once, and learning about organizations like H2O for Life and Last Mile Health that are at this moment making such a huge, silent difference—it was anything but hopeless. In fact, it felt like the exact opposite.

When I woke up on Sunday, the constant sense of anticipation—for global change, or maybe for the moment where I went out and started working for it—had dwindled to a happy hum. Upon reflection, the nonprofit career still fit me about as well as it had before November 1st, which is to say not at all, and I think I'm sticking to my original career plans. But MCC 2013 did leave me with something extraordinary: the belief that in my own choice of career, in my own time, I can do something to enrich the world as a whole. And if that's not the best way to spend a weekend, I don't know what is.