The Rhodes, Marshall, and Mitchell Scholarships are among the most prestigious postgraduate awards in the world, and this year Northeastern University had the pleasure of nominating five applicants for these scholarships. These students embody the best aspects of a Northeastern education: academic excellence, consequential research, dedicated service to others, and an aspiration to apply their prodigious talents and skills to improving our world. Read on to meet these exceptional young people. Christie Civetta CSSH'15
A human services major with a dedication to suicide prevention and public health, Christie Civetta’s impact on the world is already deeply felt. While in high school, Christie became involved with Suicide Prevention Initiatives (SPI). She was subsequently the youngest person to be elected to SPI’s Board of Directors and represented the entire “junior” population the organization was trying to reach; Christie also helped SPI open a new veteran’s program in Texas by raising over $50,000 within a few months. Northeastern, where she minors in Social Activism and Chinese, gave Christie the opportunity to do her work on a global scale. On a co-op in Zambia, for example, she discovered that community outreach and awareness of drug use and abuse was lacking in a particular township, and she subsequently organized and facilitated an entire new outreach program that has since been fully implemented and successful. While studying abroad in China, meanwhile, Christie researched suicidality in a different cultural context. Christie’s efforts have been recognized with the Karen T. Rigg Shining Torch Scholarship, awarded to an exemplary student leader, and she is also a nationally noted Powerlifter. 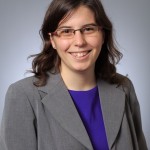 Julia Ebert COS'15
“We’ve walked on the moon,” reflects Julia Ebert, “but we don’t even know what’s going on in the brain that allows us to walk in the first place.” The puzzle of motor learning—how humans learn different motor skills and how these skills are retained, lost, and possibly regained—has motivated Julia’s stellar career as an undergraduate researcher. A behavioral neuroscience major and a Goldwater Scholar, Julia has worked for most of her time at Northeastern in Professor Dagmar Sternad’s Action Lab, where she is completing an honors thesis investigating how humans learn an asymmetric bimanual task. Previously, Julia won a DAAD Award and studied at the Max Planck Institute for Intelligent Systems in Tübingen, Germany, where she developed a parallel interest in robotics and machine learning that has led her to reframe the possibilities of her research. She now aspires to examine the possibility of robotic intervention and control at the interface of the brain and the peripheral nervous system, an area of research which could eventually lead, for example, to the development of mechanized prosthetics. See an interview with Julia Ebert. 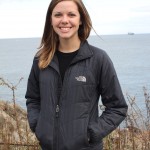 Paige Ferguson COS'15
Paige Ferguson is a student of marine biology whose interests have more recently turned toward molecular and cellular biology, particularly the biology of cancer. Having left her mark on Northeastern’s marine biology curriculum, not only as an exceptional student and a participant in the Three Seas Program, but also as founder of the Marine Biology Club, Paige brings equal passion and accomplishment to the cellular realm, most recently completing a research co-op at a biotechnology company. Paige also won a DAAD RISE Scholarship to do research at the Leibniz Institute in Berlin. Paige’s future plans include investigating the role stem cells might play in therapeutic resistance and tumor growth, and she plans to focus her research career on pancreatic cancer—one of the deadliest and least understood forms of the disease. 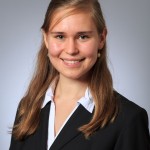 Emily Ripley COS'15
Emily came to Northeastern from Wasilla, Alaska, a town whose name alone evokes a set of cultural oppositions—conservatism vs. liberalism, religion vs. secularism, resource development vs. environmental conservation—that are a shorthand for our country’s ever more polarized politics. As an accomplished biologist who aspires to a career in the Christian ministry, however, Emily strives to bridge what she considers needless and damaging gaps in our national discourse. Taking advantage of Northeastern’s experiential education model, Emily has conducted field research in the tropics and the Arctic, as well as lab research at a pharmaceutical company. On a campus that prizes civic engagement alongside rigorous academics, Emily also stands out for the sheer magnitude of her service to others. In her college career to date, she has dedicated over 1,525 hours to educational, charitable, and ministerial undertakings. (To place that number in context, it is the equivalent of more than 63 twenty-four hour days, or 38 standard workweeks.) Emily’s aspiration is to become a youth minister and foster scientific literacy alongside spiritual growth, bringing science and religion together as forces striving for the betterment of the planet and its people. 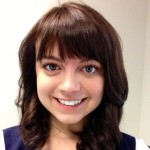 Molly Runkle CSSH'15
Molly Runkle’s record as a student of political science demonstrates the power of Northeastern’s unique experiential education model. Moving seamlessly from the classroom to the campaign trail and the halls of power, Molly has melded theory with practice. As a field intern with the Massachusetts Democratic Party, Molly excelled in her work and eventually was given the autonomy to craft a seniors outreach program across the state, which was critical to increasing grassroots participation both before and on Election Day. Later, as a Hansard Scholar, Molly served as a Parliamentary researcher to Baroness Brinton, a member of the House of Lords who managed her party’s healthcare portfolio. Moving from the macro level of policy to the micro level of healthcare delivery, Molly is currently teaching English and doing curriculum development at Bumi Sehat, an internationally renowned birthing and women’s health clinic, in Indonesia. Motivated by these experiences, as well as by the selfless love and care of her adoptive parents, Molly’s aspiration is to obtain a graduate degree in social policy and create policies that serve women and children around the globe who have not yet been as fortunate as she in escaping the cycle of violence, abuse, and poverty.

We congratulate these wonderful students on their accomplishments, and we are proud to have them represent Northeastern as applicants for the Rhodes, Marshall, and Mitchell Scholarships.

Follow in these exceptional students' footsteps: learn more about undergraduate research and creative endeavor at Northeastern, and find out more about nationally competitive scholarships and fellowships from the Office of Fellowships.