The Barry Goldwater Scholarship is a highly competitive, merit-based award for outstanding students in mathematics, the natural sciences, and engineering who are interested in pursuing a career in research. The scholarship was established by Congress in 1986 to honor Senator Barry Goldwater, who showed a keen interest in science and technology during his 30 years in the U.S. Senate.

This year, Northeastern was honored to nominate four students for the Goldwater Scholarship. 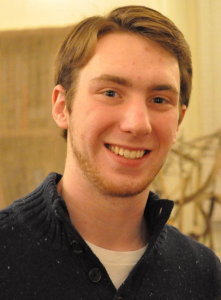 Jacob Barlow, an Honors student from Pennsylvania, chose to double-major in chemical engineering and biochemistry because he aspires to conduct medical research at the intersection of the synthetic and biological worlds. Bridging the realms of engineering and biology, Jacob is in the midst of an independent research project drawing on the resources of both a nanomedicine lab and a microbial genetics lab. He has also performed research at Massachusetts General Hospital’s Division of Precision Medicine, at PharmaCadence Analytical Services, and in a computational modeling laboratory. Jacob’s goal is to obtain a Ph.D. in biomedical engineering.

Nicholas DePorzio is a University Scholar and physics major from Arizona. In his first year at Northeastern, Nick worked in Professor Swastik Kar’s lab researching the properties of graphene, which has been described as “the most remarkable substance ever discovered.” Taking what he learned there, Nick developed a liquid crystal “chalk” board that earned him the Husky Challenge prize. He also translated this work into a co-op of his own design at Italy’s Gran Sasso National Laboratory, where he worked as part of a team to understand neutrinos. He earned a Scholars Independent Research Fellowship to continue this work. Nick proposes to earn a Ph.D. in physics with a research specialization in rare particle detection. Detecting particles such as weakly interacting massive particles (WIMPs) and anti-neutrinos could lead to a better understanding of dark matter, the material that makes up most of the universe. 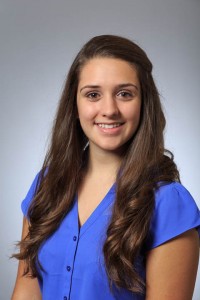 A chemical engineer from Medway, MA, Emma Kaeli’s research career at Northeastern began even before she was admitted as a University Scholar: she volunteered in a laboratory while she was still in high school. She has since worked as a Gordon Scholars research assistant on breast cancer detection and won a Scholars Independent Research Fellowship to carry out a project on increasing the efficiency of materials used in solar panels. Emma is currently on co-op at the Innovation Center of Rogers Corporation, a materials manufacturer. She plans to pursue a Ph.D. in materials science and continue her work on photovoltaic materials, which she believes are essential to address global needs for environmental sustainability and human development. 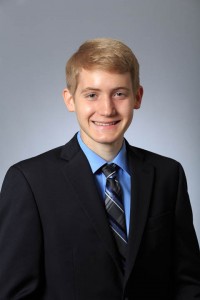 University Scholar Benjamin Moran came to Northeastern with a passion for marine biology, even though he grew up far from the ocean in Ohio. Upon his arrival, he immersed himself in research, joining a team that was working to assemble a de novo central nervous system transcriptome of the brown ghost knifefish. Next, Ben won a Scholars Independent Research Fellowship for a project on the expression of the bloodthirsty gene in zebrafish. His interest in exploring the intersection of marine science and public policy led to another research experience in which he examined the socioeconomic impacts of failed fisheries. He is now on co-op at the Marine Biological Laboratory in Woods Hole, where he will continue engaging in cutting-edge marine science research. Ben plans to obtain a Ph.D. in biological oceanography and continue researching fundamental questions about the oceans.