This post is a reflection by Sneha Pandya on her Scholars Independent Research Fellowship (SIRF) entitled Intergenerational Narratives of First- and Second-Generation Indian Americans.

“Still, there are times I am bewildered by each mile I have traveled… As ordinary as it all appears, there are times when it is beyond my imagination,” concluded the final story of Jhumpa Lahiri’s Pulitzer Prize-winning collection of short stories, Interpreter of Maladies. It describes the experience of a first-generation Indian American migrant, who lives in India, England, and the United States and reflects on his final destination in the States as one that is notable, even in comparison to the astronauts reaching the moon in 1969. I read the collection of short stories while working on my senior thesis, but hadn’t quite realized at the time just how it would guide me to explore first- and second-generation South Asian identity formation through this project, and how personally this subject would be for me, a second-generation South Asian American.

In the midst of working on this fellowship, after already interviewing 16 participants, I attended an engagement party in Chicago for a distant relative. While this may not exactly be seen as research, I consider it to be a noteworthy part of my process as a researcher because I was closer to my family, the original reason I pursued this research last fall. In a course titled ‘Ethnography of India’ last fall, taught by my SIRF mentor, I began to realize that there were gaps in my education around India, my family’s country of origin, as described to me by my parents and what I was learning in class. I would call my father, annoyed and perplexed, only to learn that riots did occur in 1985, the Emergency Period was a part of Prime Minister Indira Gandhi’s reign, and that I knew less about India than I could even imagine. I wondered if other second-generation South Asian Americans felt similarly, and thus my research interest was born. In Chicago, however, I reunited with my family, eager to tell them of my preliminary findings and hypotheses to see how it related to us. 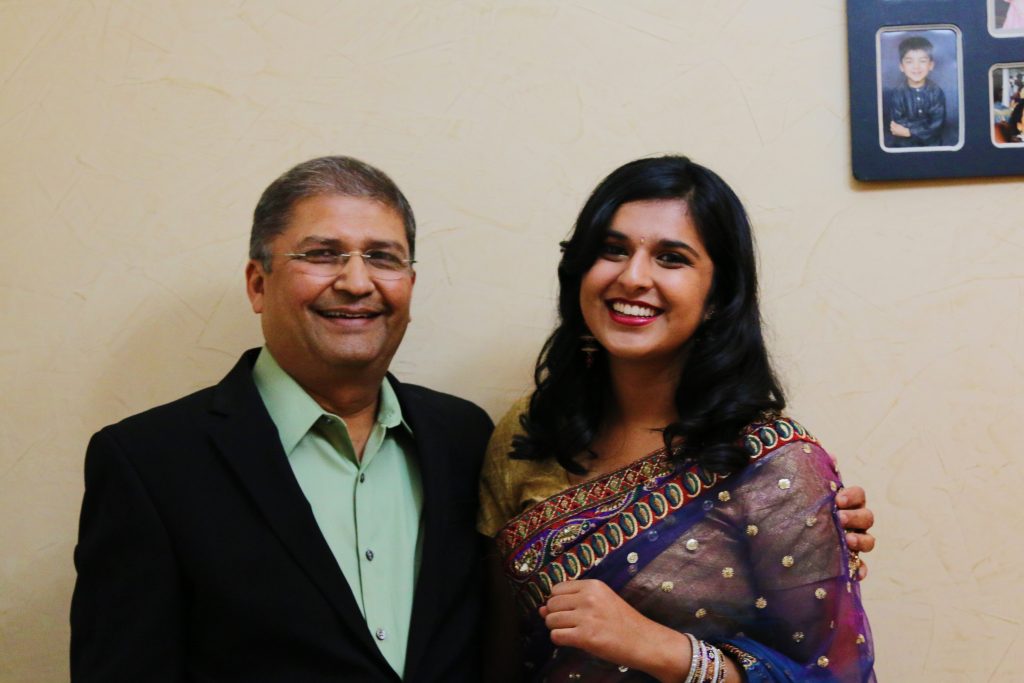 The first person I wanted to speak to was my uncle, the first Pandya family member to arrive in America. I didn’t know how I would breach this topic, as it was a deep source of inspiration for my research and more difficult for me to talk about, but my mentor asked me to consider my family and my biases, as well as my narrative, as I searched for the narratives of others. At one point in the weekend, I still had not discussed my research interest, when my uncle sat at the kitchen counter and ate ‘nashta’ or Gujarati breakfast snacks. My younger cousin, his son, sat across from him and ate the same snacks instead of a bagel, or cereal, or any other American option at the table. I wondered how he had the same habit for the same snack, and how we all have those habits that frame our lives. I saw how their narrative was intertwined in a simple motion, and considered where my relationship with my parents is the same. I was humbled to think that these small habits were mentioned in the narratives I collected — of how mothers and daughters saw India through its clothing, of how political activism was at the root of conversation around election time in India, and of how singing was a form of cultural expression in Pakistan that the first-generation migrants left and the second-generation embraced. These untold stories, parting from the master narrative, have been at the heart of my research this summer. I hope to intimately describe these stories through narrative, as the transcripts of my interviews show, but with a scholarly perspective that discusses my bias as well as a researcher and my experience with the area. It keeps me wondering how much of my life today is outside my parents’ imagination, frozen in time as they left India to build a home in the States. I think of my uncle, the first man to take this step as the astronauts and narrator in Lahiri’s story, and our real narratives become my understanding of history. There is much to be learnt by our stories, and this small moment in the midst of my research guided me to once again focus on the original purpose of my project — to learn more, to find the gaps, and to fill them with story.

By the end of the weekend, I still never mentioned my research to my uncle. Part of me thinks this is because I wasn’t ready yet to talk about how much he’s influenced my research, but the other part of me knows that there is a story in there that I’ll want to write about eventually, when I’m more familiar with this work. Either way, I eagerly await the time I sit down and take his narrative, the one that irreversibly has formed mine, to share with a world that has heard little of these voices. Before the party, my uncle asked to take a picture with each of us cousins. We gladly accepted, my motivations being that he gets a picture with everyone in the room because he’s the reason we are in that room in the first place. Perhaps my story in relation to his is beyond his imagination, but collectively these stories from each generation shed light on being Asian American in the United States in ways that are profound and surprising, at least for me. I look forward to continuing on with my work, and encourage you all to think of your personal stories in accordance with those of your families to seek the missing pieces, remembering that your voice is equally a part of the narrative along the way.