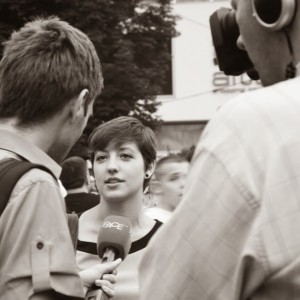 Sarah Lombardo, a member of Northeastern's Class of 2015 and the Honors Program, has been awarded a Thomas R. Pickering Foreign Affairs Fellowship. Funded by the U.S. Department of State, the Pickering Fellowship provides financial support up to $37,500 annually for graduate study, which Lombardo will undertake at the Fletcher School of Law and Diplomacy at Tufts University. Upon successful completion of the Foreign Service examination, Pickering Fellows make a commitment to a minimum of five years of service as a Foreign Service Officer.

Lombardo aspires to serve as a political officer in the Foreign Service and to continue working on issues of conflict resolution and post-conflict implementation throughout her career as a diplomat.