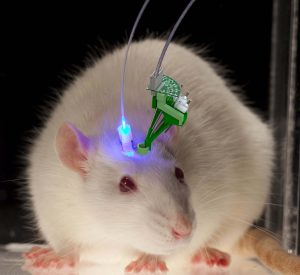 We are pleased to announce that Scholars Independent Research Fellowships for the summer of 2017 have been awarded. The Scholars Independent Research Fellowship (SIRF) will once again fund over 30 summer research and creative projects, conceived independently by Scholars and undertaken with a faculty mentor. This summer, Scholars will document the "Humans of the John Muir Trail," compare legal structures applicable to Antarctica and outer space, design a chic medical dress shoe for diabetes patients, map access to bicycling infrastructure in Berlin, and establish an assay platform for epigenetic modulators--among many other projects. This year, in collaboration with Professor Auroop Ganguly, a small group of Scholars will pioneer Northeastern's first undergraduate research cluster while travelling alongside the Scholars-sponsored Dialogue to study the Science and Policy of Climate Change.

University Scholar Researcher(s): Gaylen Alexander Bouve ‘18
Project Mentor: Tiffany Kim
Creating a Trauma Informed Care Environment for Pregnant Patients
It is well known that childhood sexual abuse can influence the way survivors experience pregnancy and childbirth, however there is little evidence about how survivors experience the outpatient environment. This project intends to explore how providers can best create a trauma informed outpatient space for their pregnant patients.

University Scholar Researcher(s): Ross Beroff DMSB ‘18
Project Mentor: Jenny  Sartori
The Connection Between Executive Compensation and University Prestige
The project will analyze the connection between how much university presidents are compensated and the prestige/success of a university.

University Scholar Researcher(s): Vidhan Bhaaiya DMSB ‘21
Project Mentor: Mark Sivak
Fuse Diabetic Dress Shoe: Combining medical performance with chic style
Over 60% of non-traumatic amputations in the lower limb  are due to diabetic foot syndrome and 18% of patients don't wear prescribed footwear because of the way it looks. Through this SIRF, I look to create a prototype of a diabetic shoe which incorporates medical performance with chic style.

University Scholar Researcher(s): Alyssa Caganda COE ‘19
Project Mentor: Ozlem Ergun
Predicting Emergencies: Determining the Variables that Affect the UNHCR Emergency Relief Demand
The objective of the proposed research is to create a model that can better predict the ER Demand by finding a co-relation among different datasets and determining the variables that play a role in predicting ER Demand.

University Scholar Researcher(s): Suraya Foster COS ‘20
Project Mentor: Robert Kenneth Painter
Multilingualism in the Workplace: Attitudes towards French, Flemish, and English at Multinational Companies in Brussels
This sociolinguistics study in language attitudes will use interviews and online surveys to explore the perceived roles and attributes of the French, Flemish, and English languages and their speakers at multinational companies in Brussels.

University Scholar Researcher(s): Francesca Giorgianni CSSH ‘21, Elisa Danthinne  '21
Project Mentor: Rachel Rodgers
The Effects of Labelling Digitally-Unmodified Advertisements on Body Image and Self-Perception Among Women
This study focuses on body image perceptions among women, especially in the context of exposure to media campaigns that promote “ideal” body standards through digital alteration of advertisements. We are investigating the effects on body image of labelling advertisements to indicate whether or not they have been digitally retouched.

University Scholar Researcher(s): Gabrielle Kussmaul Explore Program ‘21, Meghan McCallister COS '21
Project Mentor: Len Albright
Bicycles in Berlin: Equal Access for All?
This research evaluates the equity of access to bicycling infrastructure in neighborhoods of differing development status in Berlin. ArcGIS software will be used to analyse the GPS data concerning the location of bicycle racks in the neighborhoods, resulting in the creation of an interactive map.

University Scholar Researcher(s): Ryan Maia CSSH ‘19
Project Mentor: Daniel Faber
The "3P" Approach: People, Public, and Private Partnerships Towards Sustainability in Singapore
Singapore is a smart, cosmopolitan, dynamic city-state. These quirks have compelled the country to utilize People, Public, and Private (or "3P") partnerships as a means to tackle sustainability issues. Through literature reviews and interviews, my research will evaluate the effectiveness with which "3P" partnerships ensure urban sustainability in Singapore.

University Scholar Researcher(s): Natalie McGowan COS ‘21
Project Mentor: Javier Apfeld
The Role of BLI-3/DUOX in the Control of Cellular Protein Oxidation and Resistance to Oxidative Stress in C. elegans
The overall goal of my project is to determine the mechanisms behind protein oxidation in worms to understand more about its role in aging or aging-related disease. I will study the bli-3 signaling pathway to see how it affects survival under oxidative stress and whether it regulates protein oxidation.

University Scholar Researcher(s): Benjamin Moran COS ‘18
Project Mentor: Kathleen Lotterhos
Aggressive Mimicry as a Driver for Marine Sympatric Speciation
This project will develop a comprehensive understanding of the evolutionary divergence of two Caribbean reef fish species, the blue and Maya hamlets. Field work in Belize and the Florida Keys will test the behavioral and morphological separation between these species, while subsequent genomics will identify the roots of their divergence.

University Scholar Researcher(s): Mary Morrison COE ‘18
Project Mentor: Brian Helmuth
Policy Regarding Natural Resources on the Moon and on Asteroids in Relation to Arctic and Antarctica Law
As it is becoming more feasible to extract minerals from the Moon and asteroids, there is a greater need for international outer space law. I will interview experts in Antarctica/Arctic law about if Arctic law can serve as a model for outer space law, specifically the exploitation of natural resources.

University Scholar Researcher(s): Rachael Phillips CSSH ‘20, Anjali Nair CSSH '20
Project Mentor: Greg Goodale
Effectiveness of University Policies in Creating Safer Campus Environments Following Non-Inclusive Elections in the UK and the US
We will be visiting universities in Texas and Lincolnshire, England and talking to administrators, professors, and students. We will ask about the effectiveness of university actions that have been implemented to make students belonging to vulnerable populations feel safer following the recent non-inclusive votes in the UK and the US.

University Scholar Researcher(s): Isabella Ragazzi CSSH ‘21, Fizzah Shaikh COE '21
Project Mentor: Daniel Faber
An Evaluation of the Environmental and Economic Sustainability of Pesticide Management: A Case Study of a Macrobiotic Agritourism Farm
We will conduct research on a macrobiotic farm which aligns itself with environmentally sustainable practices. Our research will investigate how this farm's lack of pesticide use affects its crop yield, and ultimately, the economic viability of this form of farming.

University Scholar Researcher(s): Monisha Reginald CSSH ‘18
Project Mentor: Solomon Jekel
Public Transit Equity and Economic Outcomes in Boston
Access to affordable, reliable means of transportation is integral to individuals’ short-run quality of life and long-run prospects. I will model the impact of access to appropriate employment opportunities through public transit upon economic outcomes in Boston, revealing whether or not geographic inequities exist and what their potential effects are.

University Scholar Researcher(s): Sara Scott DMSB ‘20
Project Mentor: Elizabeth Bucar
Spent: An Examination into the Economic Impact of Pilgrims & Tourists on the Camino de Santiago
Through this project, I will study people participating in the Camino de Santiago in order to find out what differences exist in the behaviors and spending habits of self-classified pilgrims and tourists to help others understand the effect that each group has on the local economy in Spain.

University Scholar Researcher(s): Kritika Singh COE ‘21
Project Mentor: Oyindasola  Oyelaran
Optimization of a Multiplexed Assay Platform for  Comprehensive Profiling of Epigenetic Modulators.
The overall aim of the project is to establish an assay platform that will allow me to simultaneously profile the specificity of epigenetic modulators and the selectivity of their small molecule inhibitors in the context of a diverse set of histone modifications.

University Scholar Researcher(s): Julian Stanley COS ‘20
Project Mentor: Javier Apfeld
The TGFβ Pathway in Lifespan and Response to Oxidative Stress in C. elegans.
Oxidants lead to the buildup of cellular debris that can speed-up aging (thus the rise of the "anti-oxidant" fad). Some small genetic changes can cause C. elegans to be more effective at dealing with oxidants, and so this project is trying to further understand how those genes work.

University Scholar Researcher(s): Stephanie Stumbur COS ‘21
Project Mentor: Javier Apfeld
The Effect of the Wnt Pathway on Oxidative Stress in C. elegans.
My project focuses on the interactions between ligand ego-20 and receptor cam-1 in the Wnt pathway to explore the effects of oxidant stress in relation to ageing. This pathway plays a role in the development of the nervous system, and the misregulation can contribute to tumorigenesis and other age-related diseases.

University Scholar Researcher(s): Lauren Enright Bouve ‘20
Project Mentor: Sharon Harlan
Sanitation and Hygiene Education Initiatives in Singapore and Indonesia
A comparative case study analysis of sanitation and hygiene education initiatives by governments and NGOs in Singapore and Indonesia.  The goal is to gain a comprehensive understanding of what makes an initiative effective/ineffective, as well as what barriers exist to providing adequate sanitation and hygiene education.

University Scholar Researcher(s): Elisa Figueras COS ‘20, Rachel Dowley COS '19
Project Mentor: Steven Scyphers
Defend or Displace: The effect of socioeconomic status on attitudes toward sea level rise–induced displacement and defensive infrastructure in Singapore and Indonesia
We chose to study the effect of socioeconomic status on attitudes towards potential adaptive strategies to sea level rise: displacement and defensive infrastructure. Through this endeavor, we aim to understand current perceptions held by different demographics to sea level rise. From there, we hope to understand what adaptations they prefer.

University Scholar Researcher(s): Shahed Najjar COE ‘18
Project Mentor: Qi (Ryan) Wang
Mind the Resilience Gap
The project will be studying the post disaster lifeline networks resilience in Singapore and Indonesia. The project will also compare both countries, their successes and their failures.

University Scholar Researcher(s): Michael  Tormey COE ‘20
Project Mentor: Gavin Shatkin
Green Space Implementation to Promote Urban Sustainable Development: A Comparative Case Study of Southeast Asian Coastal Cities
I will be studying green space development in Singapore, Jakarta, and Bali. The benefits of green space are well understood, but the interdisciplinary considerations which make its implementation complicated are still being studied. I hope to apply lessons from Southeast Asia to planning efforts in cities throughout the world.