The cornerstone of achieving our goals and ambitions rests on understanding the complexities of the human mind and resulting behavior through a continuous simplification to human comprehension levels. Whether it is a desire to make a positive impact on the world, to develop strong personal growth, or to initiate groundbreaking research, there will be social or mental obstacles; mutual human or introspective understanding facilitates the opening of these doors not through brute force but rather through a key-and-lock mechanism. Rancière paints this concept by defining conflict as two parties that have the potential to pursue the same vision but lack a realization of their own abilities to understand the other side. It is less that both parties hold the same values, stances, and ideologies but rather interpret the “white” in pivotal perspectives due to social, religious, cultural, and other imposed or innate influences.

Touching on psychology, Rancière’s quote parallels the fundamental basis of the Rorschach ink blot test where people have been shown to give different elucidations of the same ink blot design; some may see a bat, while others will see a butterfly, and still others will see a moth. This is the very nature of disagreement that Rancière proposes – there are various stances on the same topic due to a different interpretation of the topic which may have been motivated by personality, upbringing, education, or other factors.

In the dialogue, Mr. Udit Bhatia indirectly addressed this topic through his lecture on network topology in relation to climate change science and policy. He emphasized the necessity of a central node that could translate the views, ideas, and stances of climate scientists to the policymakers (and vice versa); without a central node, there would be conflicts in initiatives and actions since there would be no link to provide mutual understanding of each other’s ideas. Furthermore, this nature of disagreement was reiterated throughout the War Games; one topic of contention was a push by the Infrastructure sector that involved the construction of a seawall to provide a temporary measure of flooding protection in Jakarta. Because other sectors interpreted their prioritization as a lack of concern for other factors such as land subsidence, there was strong pushback revolving around the criticism of Infrastructure’s indifference towards an agreed central cause of flooding in Jakarta. Although Infrastructure attempted to explain they were focused on both constructing coastal dikes and ending land subsidence, other sectors couldn’t delineate with their idea so negotiations remained stagnant. In the end, resolution over infrastructural dike construction was not achieved but talks were diverted to other topics instead.

The picture attached (taken in Singapore) defines the two drastically different aspects of the building while maintaining that it is still the same building via a central node connection (the poles). Rancière’s interpretation of conflict as stemming from a gap of mutual understanding has been prevalent based on my academic and dialogue experiences; dichotomies are inevitable without a central node or other facilitations to promote relative understanding of each parties’ dynamic influences. 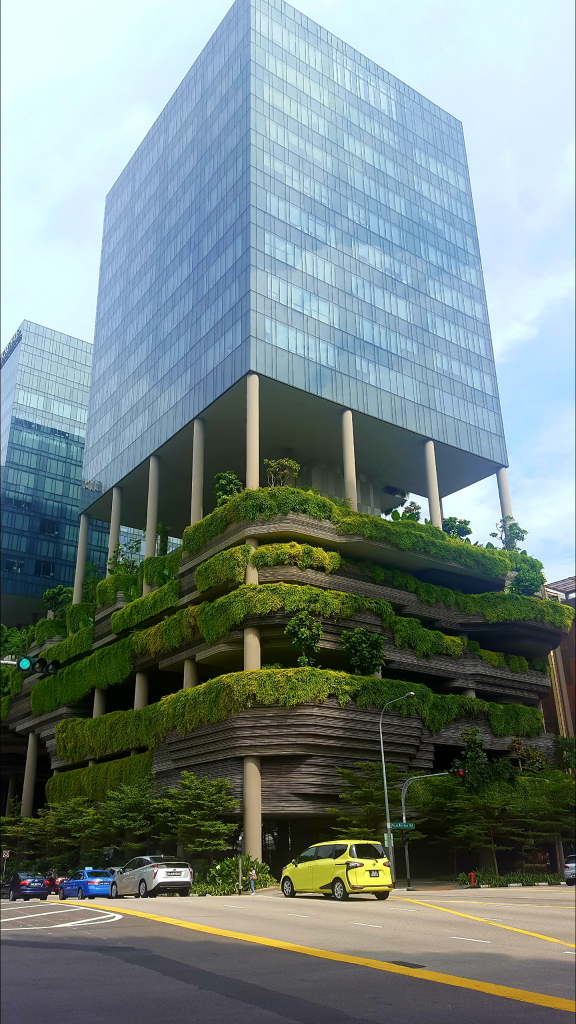