The reason I chose to attend this dialogue was due to the range of locations it visited. One couldn’t find two more different places than Singapore and Indonesia. Singapore, one of the more younger countries in existence, is a modern melting pot of different identities and communities. Indonesia, by contrast, is a storied country with a distinct culture and history.

As the first country on our dialogue, Singapore’s relative success in the world's economy has allowed it to become a huge global center of finance and commerce. Upon arriving into Changi International Airport, it was evident that Singapore excelled at being a modern city-state. The cleanliness, the efficient subway system, and the harmonious blend of international people make it an example for every large city.

Even Indonesia itself has also grown within the past few years. While it has yet to become the same economic powerhouse that Singapore is, Indonesia plays a vital part on the world stage. For many other countries, it is a critical hub of manufacturing and a popular destination for tourism. Jakarta’s loud, bustling atmosphere and Bali’s cool, relaxed vibes appeals to a wide spectrum of travelers.

Lee Kuan Yew's rejection of complacency is a sentiment that directly applies to both countries. As mentioned before, both have seen enormous changes throughout the last few decades. At any point in time, both Singapore and Indonesia could have have been complacent with their position in the world. Based on my experience in this dialogue, it seems to me that both countries encapsulate the feelings expressed by Yew's quote.

The overall theme of this dialogue was to examine how climate change and science and policy has changed both Singapore and Indonesia. In visiting both a water reclamation plant in Singapore and the natural temples of Bali, I gained a sense of how each country dealt with integrating the changes required to mitigate climate change.

The opportunity to see this growth in person was astounding. Singapore exemplifies this best in stunning architectural masterpieces such as the one shown in the picture. While Indonesia's progress appears to be more measured, it is done to integrate both social advancements within the framework of their culture. The Green School was a testament to this type of growth. Through a completely different model of education, it emphasizes environmental studies while setting it within Bali's lush greenery.

In visiting both countries, I felt inspired by the progress achieved by both. While both are far from perfect, there are many lessons that can be learned by the United States. It can be argued that we as a country have grown complacent with our growth. Thus, we have slowed down in some areas and completely reversed direction in others. This dialogue has allowed me to see that our complacency with the current state of affairs will leave us behind to other countries, especially in the field of climate change. Where Yew’s quote serves as a motto for some can be a warning to others. 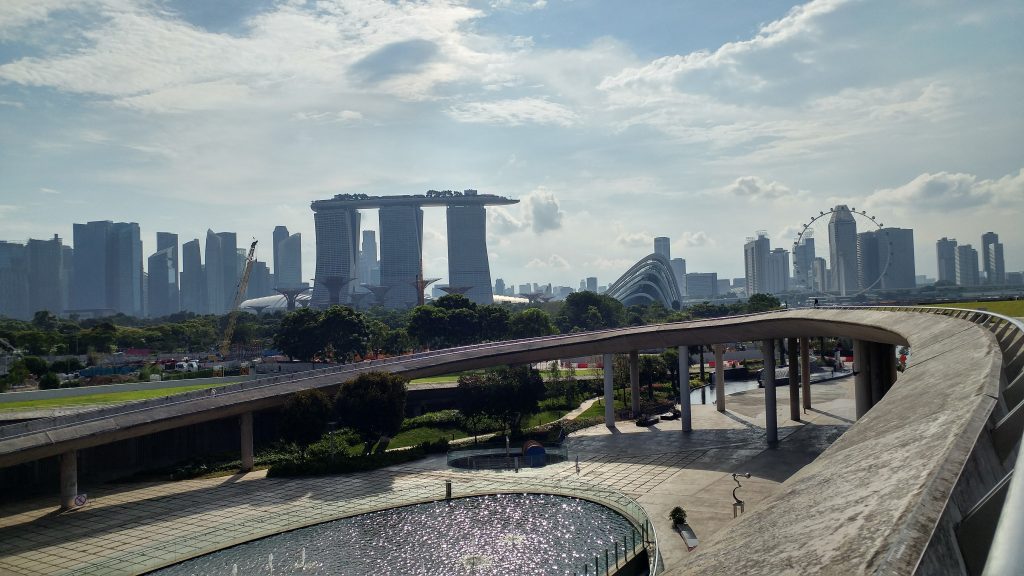