Ten University Scholars have joined the ranks of the Huntington 100, Northeastern University’s annual honor roll of 100 students selected for their impressive achievements and impact both on campus and around the world. Members of the Huntington 100 are nominated by peers, faculty, and staff members and selected by a committee on the basis of factors including academic success, global experiences, leadership in campus involvement, entrepreneurial spirit, community service, and research experience. University Scholars set a high standard in all of these important areas of university life, as demonstrated by their substantial representation on this prestigious list.

The University Scholars named to the Huntington 100 in 2016 are: 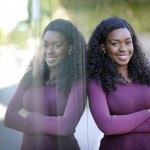 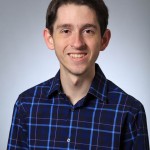 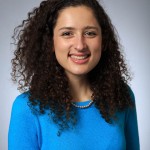 Lindsey Bressler CSSH’18. An international affairs major with minors in Economics and Arabic, Lindsey has been a prominent figure in Northeastern's interfaith community and received a Scholars Independent Research Fellowship to study religious teaching and accommodation in US public schools. She recently founded a Northeastern chapter of J Street U, the campus arm of a national group that advocates for a peaceful solution to the Israel-Palestine conflict. Lindsey completed a co-op at the US Environmental Protection Agency and will next lend her talents to MIT's Abdul Latif Jameel Poverty Action Lab (J-PAL). 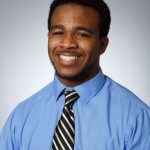 Thurston Brevett COE’18 is an electrical and computer engineering major who has accumulated extensive research experience in his time at Northeastern. He conducts research at Northeastern's ALERT (Awareness and Localization of Explosives-Related Threats), a Department of Homeland Security Center of Excellence (COE), and completed a research co-op at MIT Lincoln Labs. He has also contributed to a Scholars Service/Research Project for Boston Partners in Education, and he founded Bits and Bots, a robotics-based program for engaging urban schoolchildren in science and technology. In recognition of these accomplishments, Thurston received Northeastern's endorsement for the Barry Goldwater Scholarship in 2016. 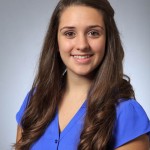 Emma Kaeli COE’18, a chemical engineering major and recipient of a 2015 Barry Goldwater Scholarship, the nation's premier award for undergraduates in the sciences, engineering, and mathematics. Emma began her research career at Northeastern quite early: she volunteered in a laboratory while she was still in high school. She has since worked as a Gordon Scholars research assistant on breast cancer detection and won a Scholars Independent Research Fellowship to carry out a project on increasing the efficiency of materials used in solar panels. Emma completed co-ops at the Innovation Center of Rogers Corporation, a materials manufacturer, and at the National Renewable Energy Laboratory in Colorado. 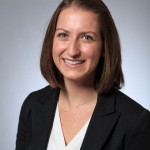 Rose Leopold CSSH’17. Political science major Rose Leopold has immersed herself in electoral politics and government service with great zeal during her time at Northeastern. A passionate advocate for the inclusion of women in the political process, Rose volunteered for the campaigns of Michelle Wu (the first Asian-American woman elected to the Boston City Council) and Senator Elizabeth Warren, and she completed an internship at the Massachusetts Women’s Political Caucus. Rose went on to complete a co-op in Senator Warren’s Washington office, an internship with Massachusetts Attorney General Martha Coakley, and a co-op at the US Embassy in Quito, Ecuador. After her final co-op in Northeastern's Office of University Advancement, Rose received the Outstanding Cooperative Education Award. 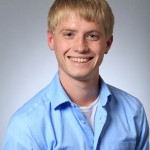 Daniel Moran CCIS’17, who has blended diverse intellectual interests to pursue a computer science major and Middle East studies minor. Dan's on-campus research experience includes a Scholars Service/Research Project that mapped access to healthy, affordable food in Boston's low-income communities, as well as projects on political representations in the media for the Lazer Lab and on verifying threaded software using resource bounds for the CAR Lab. He completed co-ops at Metaswitch Networks and Session M, and is currently on co-op at the Allen Institute for Artificial Intelligence in Seattle--a position not usually open to undergraduates--where he is engaged in extremely high-level, sophisticated research at the cutting edge of artificial intelligence technology. 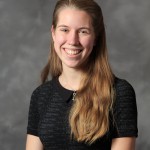 Natalie (Grace) Schulz CSSH’17, a double major in history and biology whose research and service efforts have spanned the globe. Grace received a Scholars Independent Research Fellowship to study the effect of New World colonization on seventeenth- and eighteenth-century French cuisine, and went on to complete scientific research co-ops at Woods Hole Oceanographic Institute and the University of Heidelberg, Germany. Grace is also a founder of the Playground Project INDIGO, a Scholars Service/Research Project that researches and advocates for inclusive playground design in the city of Boston. 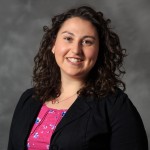 Rachel Shapiro COE’17. A chemical engineering major, Rachel has applied her scientific and analytical skills to a wide array of issues both on and off campus. She has contributed to three Scholars Service/Research Projects: first, the team that mapped access to healthy, affordable food in Boston's low-income communities, then a team that worked with Boston Partners in Education to analyze parental engagement in the Boston Public Schools, and finally as the leader of a team that paired up with Northeastern's chapter of Enabling Engineering to design an instructional website that explains an airway-clearing technique for cystic fibrosis patients. Rachel has also completed co-ops at medical device maker Davol and at Entrega Biosciences. 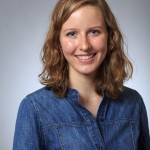 Allison Traylor CSSH’17. Majoring in political science and business administration, Allison has developed a keen interest in the way organizations work and how they can be structured to achieve optimal outcomes for all stakeholders. This concern spans her extensive research involvement as well as her co-op employment. Allison worked with Boston Partners in Education on a Scholars Service/Research Project that spanned two academic years; most recently, she co-led the Huskies for Journalism project, which assisted students at West Roxbury Academy in launching their first-ever school newspaper. Allison also received a Scholars Independent Research Fellowship to study the implementation of Chromebook technology in Boston Public Schools, and she has completed co-ops at the National Center on Time and Learning and at TJX Companies.