Give Work: The Memoir of an Inspiring Social Entrepreneur (Leila Janah)

Leila Janah has written a new book entitled “Give Work: Reversing Poverty One Job at a Time”. It’s an insightful, provocative and inspiring read, and a major new contribution to the social enterprise literature.

At SEI we’ve long been admirers of the innovative work of Leila Janah, the founder of Samasource.

Samasource is a social enterprise that provides web-based work for poor young people in the developing world. Mix a few used laptops, a wi-fi connection, basic English and computer literacy and a local entrepreneur, and Samasource is in business. This celebrated non-profit provides outsourced digital work from large companies like LinkedIn, Google and Amazon to the local entrepreneur, who then uses Samasource’s proprietary work management tools to allocate digital tasks to workers, like image tagging, text transcript creation, address changes and more. Janah coined the term “micro-work” which can increase the daily wages of otherwise poor and underemployed young people by three to times, while also offering a first job to chronically unemployed slum residents.

One of our graduates, Ali Matalon, was so impressed with Janah’s work that she replicated the Samasource business model in a poor neighborhood in her hometown of Kingston Jamaica (featured in NU President Joseph Aoun’s new book, “Robot Proof: Higher Education in the Age of Artificial Intelligence”). Ali learned quickly about the enormous challenges arising out of creating sustainable living-wage digital work for underserved youth, leaving us with an even greater appreciation for what Janah has been able to accomplish with Samasource.

Janah provides a fascinating look at her development as a social entrepreneur, as well as the challenges and rewards of building Samasource into an internationally recognized contributor to poverty alleviation in Kenya, Haiti and other developing countries. She also discusses the start- up of a new social venture, LXMI, a cosmetics company that uses organic materials sourced from communities where poor women are employed as collectors. Her first product is a cream that uses the unique form of shea butter harvested from trees in Uganda.

Janah also created an education program to train people for the “gig” economy and digital tasks her in the US, called Samaschool. Headquarter in Dumas, Arkansas, the program works with people who have been displaced from jobs in rural communities to retrain for work like that provided by companies like TaskRabbit, UpWork and Amazon’s Mechanical Turk. Janah also discusses more broadly a number of topics related to poverty alleviation, economic development and social enterprise. Her idea of “giving work” instead of giving aid is of course a unifying theme of her work, and book. She suggests that what poor people really need is often not what well intentioned donors give them, like coats for the homeless and food packages for the extremely poor. Instead, what the poor really want is work—a job that provides them with a living wage so that they can experience the dignity of work while independently providing for their children’s well-being. People often find their life’s purpose with work, and one of the most difficult aspects of being chronically unemployed or underemployed is the absence of that purpose that gives meaning and hope. 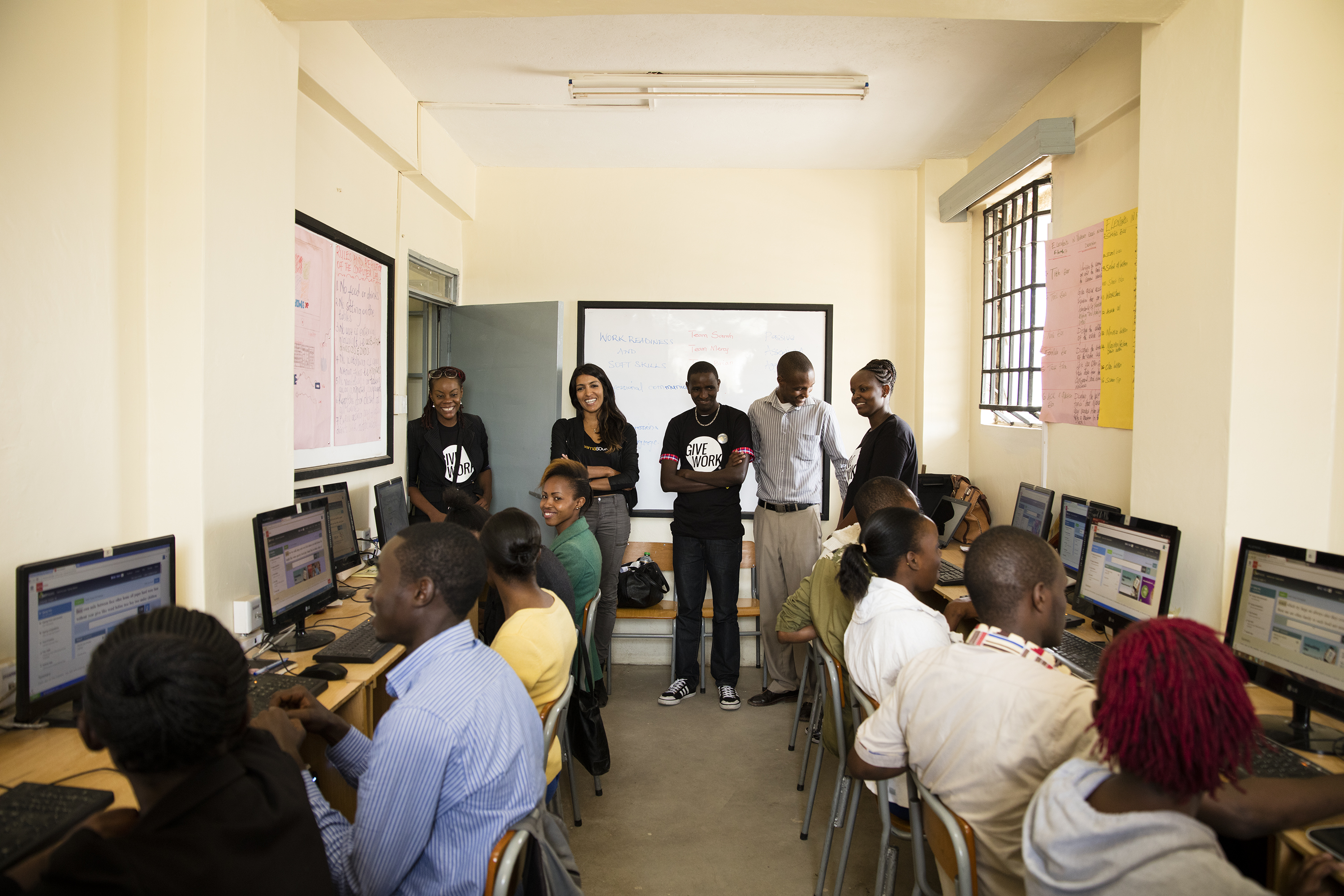 Janah offers us a view of the challenges of raising capital for a small social venture while living in the heart of Silicon Valley’s technology ecosystem and the vast amounts of wealth created for an elite few. While many of her college friends joined Facebook in its early years and are now millionaires many times over, Janah went in a different and perhaps more rewarding direction after her undergraduate years at Harvard. Her journey is filled with both the excitement at seeing social impact close-up in the form of life changing work for very poor young women living in Nairobi’s slums, to disappointment at being unable to build a sustainable Samasource presence in one of Africa’s largest refugee camps.

While many of us have read the memoirs of social entrepreneurs like Muhammad Yunus (whose book Banker to the Poor inspired Janah), this book offers the perspective of a young American woman of color finding her way to success defined by things other than wealth and celebrity. I recommend this book to anyone who is eager to read a thoughtful and candid insider’s perspective on building an authentic social enterprise and building a career based on service and a life based on purpose.

I was especially taken by Janah’s closing words: “I am …grateful for the chance to wake up every day believing that I’m making a contribution to the world that’s greater than myself. Maybe, if all goes well, it could be greater than my lifetime. At least I will be able to say I tried. That’s all I’m asking for you. Just try. Make it your business to figure out what good needs to be done in the world, and do it.’