On the Topic of Education

I would say with certainty that I am privileged. “Privilege” is a hot-button term that was thrown around incessantly during the most recent US elections and continues even now in the post-election world. Politics and opinions aside—I am incredibly lucky to have been born into the life that I was born into. If you are able to read this right now, chances are that you were too.

My parents didn’t have to choose whether my sister or I would be the daughter able to attend secondary school. Not once in my childhood did I even think about not finishing primary school. It didn’t matter how much money my family had or didn’t have; it didn’t matter that my sister and I were both female. We were both supposed to go to school, so we both did. Not once growing up was I truly thankful for the opportunity to attend school. Attending school was more of an obligation, a given. Sure, I liked it sometimes, but my appreciation for it grew as I did.

Other kids around the world aren’t so lucky.

Globally, education systems are flawed, but especially so when looking through the lens of girls education. According to UNESCO, there are more than 774 million illiterate adults in our world and a staggering two-thirds of them are female. This disparity has remained consistent for the past 20 years, and given that 76 million of the 123 million illiterate youth today are girls, it’s a disparity that isn’t going away anytime soon. With less than 40 percent of countries providing equal access to primary education for both boys and girls, and less than 39 percent of countries providing equal opportunities for secondary education, illiteracy and poverty rates around the globe continue to paint a harsh reality.

The truth of the matter is, if we want to “fix poverty” and live in a more equal and developed world, and if economies are to continue to grow, we have to educate women. A lack of female education means poorer public health and sanitation, lower standards of living, higher infant mortality rates, and so much more. A child is 50 percent more likely to survive past the age of 5 if they’re born to a mother who can read, and each extra year of schooling that their mother receives reduces the likelihood of infant mortality by 5 to 10 percent. We can’t deny it—educating women raises people out of poverty. So we’ve acknowledged this dilemma, but how can we now help change it?

Earlier last year, I was lucky enough to stumble upon modzi. 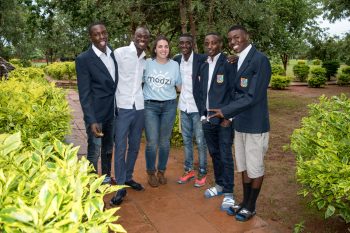 modzi (mode·zhē) is a non-profit organization that mentors vulnerable youth in Zambia and facilitates their access to quality education. Through Northeastern University’s Cooperative Education (Co-op) Program, I had the opportunity to become involved in modzi’s important work. I was able to visit Zambia this past January and work directly with modzi’s founders. I was able to see firsthand just how unique and personalized their programs are, help prepare modzi students for the start of a new school year, and collect media in preparation of future projects. For me, one of the most exciting things that solidified my decision to join the modzi team in Zambia was the organization’s plans to formally launch a girls education program this year.

When modzi originated, its programs worked predominantly with young boys in Zambia. This was due in part to existing relationships in the community, as well as the fact that it is generally less expensive and logistically easier than sending girls to school with adequate supports. As modzi continues to grow, we are expanding and creating new partnerships to mentor more girls through their schooling. But still you’re wondering, why is it so much harder to send girls to school than boys? Allow me to elaborate. 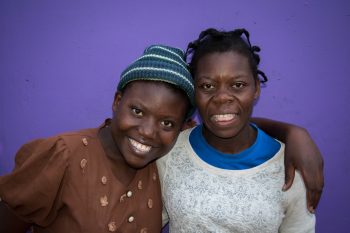 The Zambian government funds primary education, but not secondary school. In addition to the costs of formal education, gender norms and societal stigma pose challenges in Zambia. Women are expected to stay home and take care of the house and their contributions to cooking and cleaning are too valuable to be left undone if they were to attend school. Child marriages and early pregnancy are additional obstacles that plague young girls who theoretically should be attending school. These are just a few of the reasons that boys’ education is often prioritized to girls’ education, but modzi is looking to offset that disparity.

The girls that modzi is sending to school have done nothing to warrant such marginalization. They didn’t ask to be born into poverty, to be abused, neglected, homeless. These girls are victims of circumstance and that more than anything has shown me that life really can be unfair. More unfair than your sibling getting to sit in the front seat or eating the last chocolate cupcake.

I’m so excited that modzi is launching this girls program and even more excited that I get to be a part of it! The girls that we will be sending to school are arguably the hardest workers out there—even resorting to sitting in a bathroom stall at night in order to study without waking up others. These girls are strong, they’re smart, and they’re resilient. Why shouldn’t they be able to go to school too? 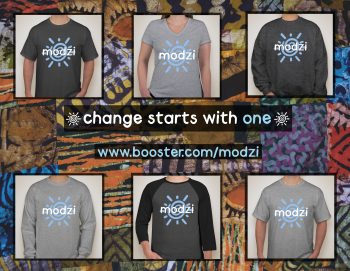 modzi is currently in the midst of a t-shirt fundraiser—proceeds from which will go directly to supporting modzi students. If you’re interested in supporting our work by donating or purchasing a shirt, check out our campaign!

Elena is completing her second co-op at modzi where she is the Projects and Partnerships Co-op. She works to create promotional media such as graphics and videos for various special projects, update and redesign their website and online presence, research grant opportunities, and generate content for the modzi website and newsletter.