I’ve been lucky enough to have a relatively open class schedule, and I’ve used my free time to get off campus and see as much of the city as possible. Growing up just outside Chicago, I’ve known from a young age that I’m a city person, which is one of the reasons I chose to attend both Northeastern and Queen Mary. Since arriving in London, I figured out the public transit pretty quickly and have grown more comfortable exploring the city solo. I’m not taking any classes that involve field trips to museums or other cultural activities, so I’ve been doing most of that myself. I’ve had many wonderful days, sometimes with friends but mostly on my own, going to museums, markets, and just wandering down streets, seeking out famous landmarks.

I’d have to say my favorite place I’ve been thus far in London is the Tate Modern. I’ve always had an affinity for modern art, and the Tate Modern is truly exceptional. I love the space itself (the colossal entry way makes me feel like I’m about one foot tall), and the beautiful, striking, and sometimes confounding pieces within the wide-open galleries. They have world-renowned pieces by artists such as Warhol and Picasso, stunning new pieces by artists I’ve never heard of, and gigantic installments that take over entire galleries. For example, I can walk into a room and find tropical plants surrounding cages of live toucans, massive lumps of clay, a floor-to-ceiling column made entirely of old radios, or, my personal favorite, sculptures of various small mammals dressed in Victorian attire positioned around the room, which was covered in red sand (the little animals’ eyes seem to stare right into your soul. It’s quite chilling). You’re never quite sure which crazy thing you’re going to see next, and I think that’s what I love most about going to the Tate Modern. 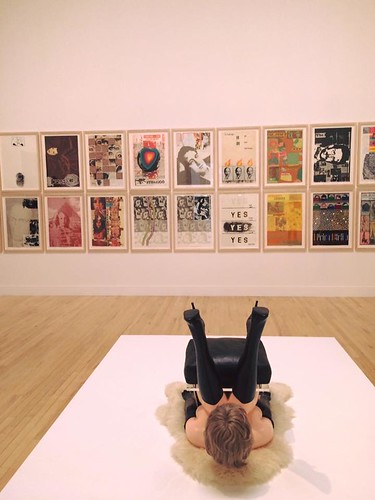 Highlights from the week: beginning rehearsals for Medea with the Queen Mary Theatre Company (I’m in the chorus, so there’s a lot of devising and fun text work to be done), going out for dinner and drinks in Soho with my friend from home who had a one-night layover in London (I had some of the best Indian food I’ve ever tasted, and we found a bar called Cahoots with a 1940s Underground theme that served some very creative cocktails—mine came in a china teacup with a biscuit!), and fulfilling a childhood dream of visiting Platform 9¾ at King’s Cross station and having my picture taken like the colossal nerd I am at heart. 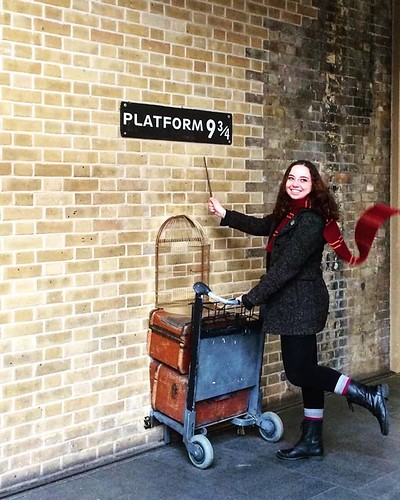 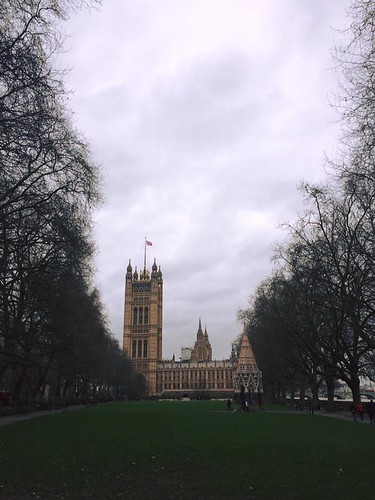