The Myth of Culture Shock

During my time in Cape Town and Johannesburg, I spent more energy engaged in drawing similarities rather than differences with these spaces and U.S cities. For sake of comparison, claims for similarity rely on factors such as history and cultural practices. During our first week in Johannesburg, the group spent much of its time getting acclimated to South Africa, receiving orientation information on the history of the nation. Seeing how colonialism and the urban planning implications of the apartheid established complex infrastructure systems grounded in exclusion and separation of racial groups, I drew comparison to city-wide segregation and redlining policies in the U.S. What struck me about apartheid planning was it’s intentionality and construction by a white minority regime versus the U.S where white supremacy was carried out in lengthy history representative of benefits for a white majority population. Although oppression against Black and Colored South Africans existed through the Dutch colonial regime long prior to the National Party’s apartheid regime, the story expressed in the U.S is that of displacement and forced removal from Africa through enslavement and the impact of said separation on Black culture and claims to African identity.
In the U.S I’ve seen a resurgence of Black Americans claiming connection to the African continent and as such a redefinition of Black culture rooted in celebration of music and tradition exists. As a Nigerian immigrant I exist between the cusps of my ethnic identity and that of Black America which I’ve deeply engaged in. As such, culture shock was was never a question. I arrived to South Africa with a familiarity of the indigenous cultures through my own experiences and research, concerned with shared struggles of Black oppression.
For me Johannesburg kindled an essence of New York City: the hustle and bustle of a busied space deeply in touch with culture and its Africanness. In comparison to Cape Town, a europeanesque city of natural beauty that markets itself as a tourist hub, Joburg presented itself as the Motherland of Africa, where Black Africans overwhelm the population and various groups of African immigrants from across the continent reside. Joburg’s attractions, Constitution Hill and Apartheid Museum, signify its standing as an African city rooted in people’s histories rather than land and nature. In Joburg, Black and whites are forced to interact given the city’s make up where Blacks live in the inner city rather than the periphery. In Cape Town the highways mountains separate the Blacks from the city center and the historical dedication to environmental conservationism has been used to reinforce racial separation. For me this disjuncture is similar to what I see in Boston, where colleges and private institutions border government housing projects and implied racial and economic distinctions are crystallized by historical inequity.
An important difference to note is the implications of the country’s progressive constitution -- which asserts rights such as housing, sexual orientation, and basic freedoms. I believe that through this basis the country operates in a mode of reconciliation and remembrance of past wrongs in order to actualize change. In the U.S, change toward equity can come when established problems are realized. Furthermore the diversity of Black identities underscores a dedication to change in South Africa where many tribes and languages coexist. Perhaps of recognition of cultural diversity in the U.S without centering on assimilation can move our country toward the bold essence that defines South Africa. As the U.S has a lot to learn from its counterparts, centering the global Black struggle reinforces our cultural differences as perhaps not too shocking. 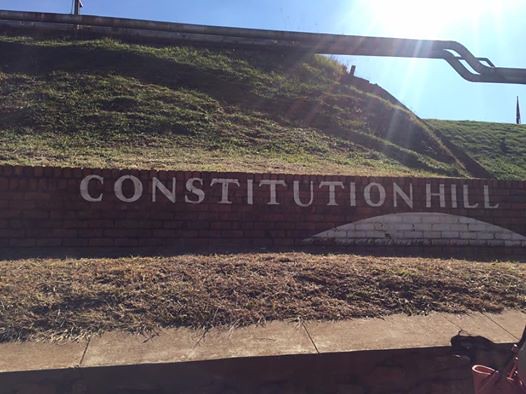