To celebrate the history, contributions, and global impact of people of the African Diaspora. 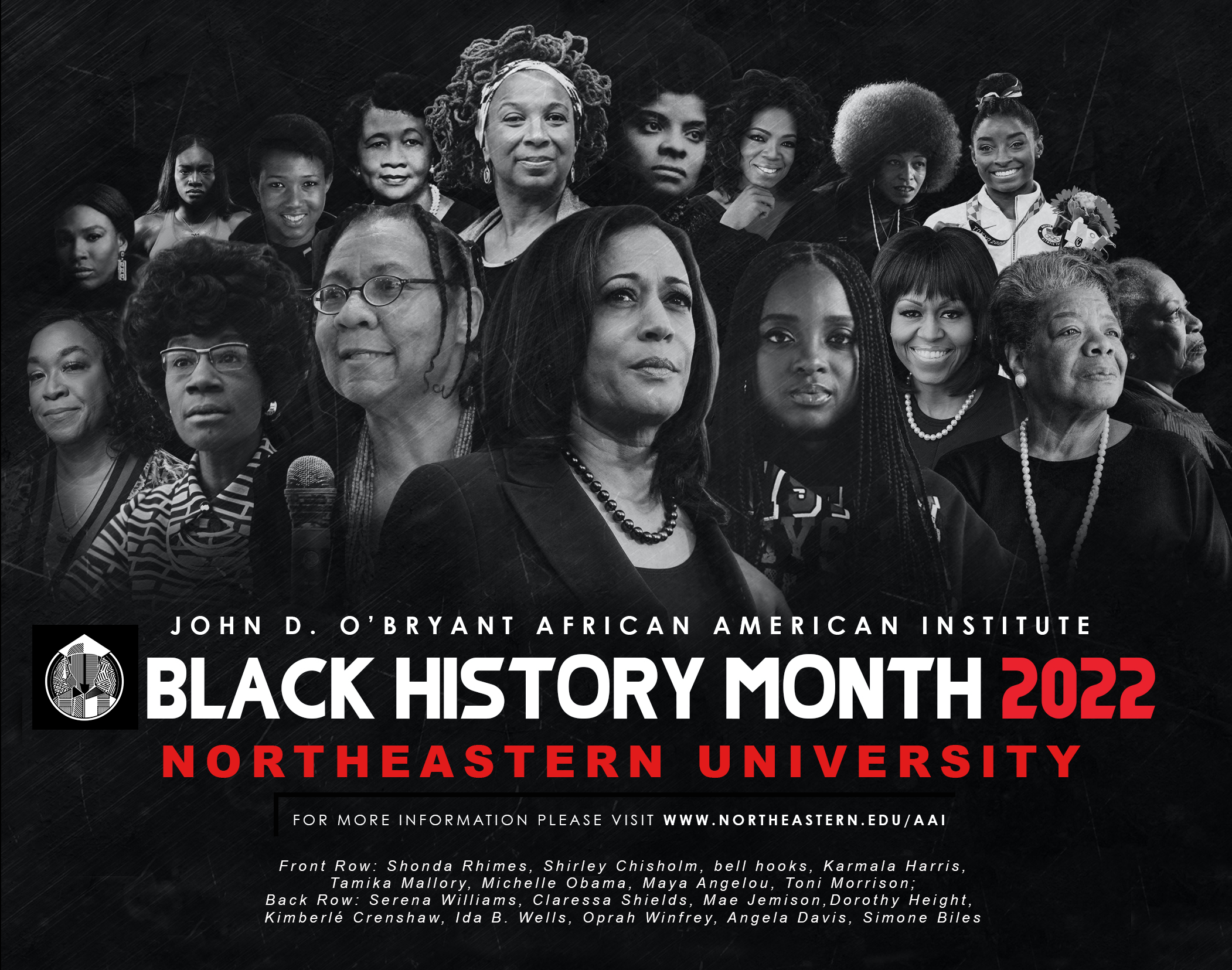 The mission of Black History Month programming at Northeastern is:

* Funding and support provided by the division of Student Affairs, Cultural, Residential and spiritual Life, the John D. O’Bryant African-American Institute and the Department of African-American Studies.

Supporting students in achieving academic excellence, assisting them in making healthy adjustments to living and participating in academia, and in building community.